VATICAN CITY — Few eyebrows were raised last week when Pope Francis brought the Vatican’s legal system up to date by criminalizing leaks of official information and formalizing laws against sex crimes. But now that the laws have been made public, a closer look revealed that the pope has made it illegal to report sex crimes against children.

THIS POPE WILL NOT SAVE THE CHURCH INC. AND THE VATICAN  HIS TAIL OF THE DRAGON (NEGATIVE) IN THE 7TH HOUSE (THE  PUBLIC) WILL BRING TERRIBLE “PUBLICITY” TO THE PSYCHICALLY ABUSIVE CORPORATION – YOU MUST LISTEN TO THE ENTIRE SHOW ITS ALREADY HAPPENING. Locate March 13, 2013 Please.

How disgusting  this is and how obvious this “religion business” has become?  Pope Francis is our current “God representative” on earth but he is obviously not interested in promoting the truth and the end of children sexual abuses. But the current “2012/1013 Scorpius Draconis” is still having a blast  bringing all that is making up the Vatican sexual and its financial secret masquerades to the light… No one will be spared and no one is safe with this explicit Dragon in charge,  the government, the FBI, the IRS and the Vatican  and so many more “skeletons” will be dug and exposed! Instead of reading the bible, they should all download the free copies of my books, acknowledge, learn and accept how God speaks his divinity to his children via the signs…

God is back America is losing its religion…

The fact is, many of those “God servants” were born Plutonic sexual predators (read about the UCI) and found the “sainthood” profession very attractive because of the easy access to innocence. I wrote intensively about the church and the pope   all you have to do is to Google Pope or church  or religion and add my name dr.turi behind your request  to find and read more articles on religions.

But why would Pope Francis would do such a thing? Because, within the last 2000 years of Christianity controlling jurisdictions, millions of children were abused mentally  physically and sexually, and those were the lucky ones.  Millions orphaned children died in horrible ways at the hands of many evil born Neptunian deceiving priests in the darkness of their churches and cold convents.. The fact is with so many more cases piling up everyday,  it would take the next 1000 years to investigate them all and the Pope knows those accusations and legality will in time  bankrupt the rat nest of what Vatican City truly is.

So making illegal to report sex crimes against children and/or report new cases is a clever way to stop the endless flow of complaints and this will save thousands of years of stolen goodies .i.e. artefacts, gold, silver, precious stones, real estates and endless business / investments  operated by the many banks the Vatican own in Switzerland. With the passing of the years and real information easily available today via the Internet the moronic mass is becoming less gullible and the Church business is suffering drastically. But this will not stop obvious schizophrenic, Neptunian born liar and cheaters deceiving souls like Jimmy Swagger and still allowed to operate on television to grasp more of your donations… Do not feed evil! you won’t go to hell, you are already on hell, in your fears and cosmic ignorance…

Meantime, because of the Scorpius Draconis endless “Revelations” the world is  slowly awakening to the reality that their God has a serious business oriented mind and is always angry for more money!  All of this “God representativeness” is far from holly, far from saintliness and worse, depraved of real divine powers.

All the while my endless drive to re-introduce the real “cosmic face” of our creator is very strong, and my unarguable endless chain of unarguable predictions works in my favour.  Yes the Age of deceptive Pisces and its multitude of deadly religions is transiting to the more clever, futuristic technological *UFO oriented Age of Aquarius.   Soon the human hijacked spirit will be freed and ready to speed up to cosmic consciousness that will then become a Universal priority but, in the process, humanity must not lose the essence of God’ spirit for science rational gratification only.

2015/2017 will see the beginning of the end of all religions as a “changing” atheist portion of a cosmic unconscious society will voice their rigid mental process against any and all form of spiritual endeavours.   With my solid, repetitive scientific proven “cosmic” work,  even the most skeptical, rational scientific minds can only be left wondering of my real God given predictive powers because I can even anticipate their own reaction…“Stars Command Shock Science”

WATCH THE FULL VERSION ON YOU-TUBE EXPLAINING MY PREDICTIVE METHODOLOGY

Important note, those dates where first published to the world June 27, 2013

TWO BIG QUAKES TOOK PLACE TODAY DURING MY SOS WINDOW IN NEW ZEALAND Magnitude 6.5 and 6.9
(Note the geographical latitude make this window operational in this part of the world!) 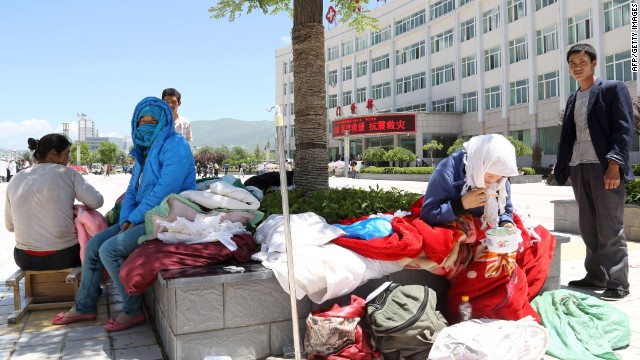 COMEBACK FOR MORE PREDICTIONS WHEN THEY UNFOLD BECAUSE THIS SOS WINDOW WILL BECOME OPERATIONAL IN EUROPE AND THE US TOMORROW.

62130 viewers and still, I am still amazed at the negative response this incomplete video posted on You Tube generated knowing my predictions for natural disasters and large earthquakes actually transpired accurately. I keep directing the readers to Check July 7/8/9 SOS window! warning for large earthquakes with the high probability for generating tsunamis. But it seem they are all disappointed in their expectation for more deaths and drama. My quatrain and keywords clearly read and warn about thousands of people forced to relocate because of natural disasters on those days…

But when CNN announced — Hundreds of thousands of people were evacuated Saturday along China’s southeastern coast as Typhoon Soulik struck, where the storm was expected to bring strong winds and heavy rain, making my prediction / timing for July irrefutable, I generated even more animosity, jealousy and envy instead of a thank you from over 200 people… SHAME SHAME I SAY, do I really deserve such evil when all I do is share my gift to warn you ?

So what I did is to offer those young souls yet another chance to build more cosmic consciousness by posting ” Cosmic Warnings to the World for July 22/23/24 & August 20/21/22 by Dr.Turi” and generated this short You Tube video offering bothy explanations and the facts of my predictions – And I am glad to get the support I deserve with 4 votes in my favour after 589 hits so far. This is why, with so little support from the media I stopped offering my pearls of wisdom to so many undeserving souls. The good news is I gave hose windows on the “George Noory Gaiam TV show” and the millions of anticipated highly spiritually advanced souls will be for sure much more appreciative of my talent in predictive astrology.

I gave the dates of July 22/23/24 and August 20/21/22 in this show and when those predictions come to pass, I am expecting to become extraordinary busy soon after the broadcast! Thus, if you need a consultation do it before then or be prepared to wait for weeks before getting any of my services live on Skype.

I give regular discounts on any of my consultations but since I did this show with George I am sure to become in serious demand and  no break will be offered for many more months to come. In fact I may have to rise my prices to prioritize some of my impatient clients unwilling to wait too long for their consultation.

WHAT DOES THE WORLD SAY ABOUT DR. TURI?