IMPORTANT NOTE – this is an old newsletter I updated to refresh your memory about my prediction about President Obama’s possibility of being assassinated via poisoning... Please read until today’s 06/07/13 update. Thank you.

“Last nigh my show on Hugo Chavez’s  fate I explained the scary connection with the one of President Obama’ possible assassination, his fate was fully explained and on a more subtle way because Chavez, like President Obama was also born a Leo. Using Astropsychology   I explained with the best of my ability, what the CIA could do and the  rumours of Chavez being poisoned. The highly *star suggested and proneness to poisoning/cancer etc. and the fate of many famous/infamous people was exposed in this show. This radio show seriously elaborate the power of his Cancer (home/food/cancer) negative fated Dragon’s Tail and how lucky he was with his Dragon’s protective Head (politics/structure/ public standing.) Thus if you ever wanted to know more about the Power of the Dragon and how it leads people to position of power this is a show you must take the time to listen and enjoy! http://www.bbsradio.com/archive_display.php?showname=The_Cosmic_Code.

Once you do realize the inner power of the dragon other famous and infamous people’s shared, you may decide to really master “The Power of the Dragon” for yourself and your loved ones and ride his  lucky head! Remember knowledge is power ignorance is evil!”

Yes I know readers, as predicted last year in my prediction page anything and everything you say or write on the Internet involving “terrorism or President Obama” will immediately raise a flag to the FBI!  Yes the Scorpius Draconis is still at work and as predicted there is no more privacy!

But who cares really,  I already have a very strong “relationship” with both the FBI and the Dept. of Homeland security anyway and all that I do say or write HAS been checked since I willingly brought two FBI agents in my home. All I was trying to do is to get their attention to warn them of my predictions and add/use supreme wisdom to the President’s impending fate if the FBI keep ignoring my endless direct emails. President Obama is the most threatened President ever!

Again I must emphasize that I am not into politics not religions and as a French citizen still, I can not  even vote! Meantime after 29 years in the US, this is my home and  I sometime feel more American than some envious young souls. All I am trying to do is to provide help the best way I know how to save any human being from Cosmic Ignorance regardless of his position or social status. This is what I do because I cherish and respect all my fellow human beings… Is this honourable or not?

In my June 2013 SOS To The World my VIP’s were all fully prepared for the current news or what, had you been a VIP read and now expose to the world… 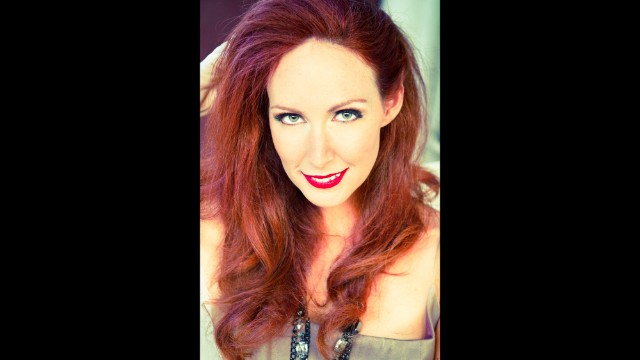 Now the only problem is; when you own such a powerful gift in divination it can become intrusive but I am a truth seeker and as a true light fighter my God given mission to promote the truth regardless of the consequences can become a curse, even dangerous! I have no boundaries because I belong nowhere, not to the moronic mass nor the Homeland Security watching me closely. But in the army of special Agents working to protect our President I still refuse to believe some of them did not realize my cosmic gift in predictive astrology with my predictions of the restructure of the FBI, the IRS etc. and who knows,  some of them may consider heeding my warnings after all…

There is no reason for the FBI to be secretive with me, I am so transparent, so real, so fluid, so direct and, unlike the normal US citizen, I am not afraid to knock at their doors electronically endlessly. But why do I do this you may ask? because I know better, because I am confident and real in my Astropsychology expertise and I want to offer my help! The best minds are recruited, trained and used by the Dept. of Homeland Security but regardless of their “investigative” nature and arduous training they are still to me, little cosmic unconscious “educated” kids!  When I explained the possibilities of our President’s assassination and mentioned  POISON a few months ago, DID THEY BUDGE?

Then if you read the latest news about yet another attempt on his life with ricin I wonder how the FBI feels or think about POISON? Did they get anything at all involving my warnings, my methodology and my “poison” predictions yet or do they have to wait longer and witness my “vision” to unfold?  I begin to wonder if the FBI, like the police executives are actually taking me seriously and are reading my work properly!  Talk about being real detectives…

I wish I could ignore my instinct or more appropriately speaking the powerful drive of my natal UCI but what the bleep do the FBI know about my, their own or President Obama’s karmic Unique Celestial Identity?

I gave very specific dates in a newsletter titled “Warnings/Predictions For President Obama” generated January 5th 2013 and all I can do is to once more “refresh” the memory of my reading audience and of course the FBI!

Memo: “Now I understand the sceptical reader and as promised here is a dated prediction involving President Obama. I can only hope the Homeland Security will take my “prediction” (I use a software) very seriously and double their efforts to protect our President on those dates.. All is see is a very difficult time for President Obama on those days and elaborating could bring unwanted suspicion on myself, so laugh, ridicule me, assume as much as you want but understand my limitation doing so.

Once the worse of his “2013 negative Dragon Dates” are over I will feel much more confident and I pray for the cosmic code to be neutral. But all I can do is to assure you it will not be a normal day for the President and ask you to be patient testing my gift, to watch, to judge and wait for the future to display God’s will. This President is not safe in the air, by the water, with chemicals, in the Middle East Asia, Japan  and near anything that can “explode” but who would not be you may ask? March / September, August and February is in the rites and cosmic ceremonies I can’t explain, in his case this is what I see and all is that and that is all!

This does not mean our President will be assassinated on the dates I gave above but like any other human being, he will suffer a succession of very stressful days and events that will be out of his control and this is always dangerous…

Again I own a very large Internet audience and I am the only living Astrophile since Nostradamus practising “Divine Astrology.” In the millions of cosmic unconscious prophets, psychics and astrologers practising the trade out there, I am also the only one daring to post my well documented warnings and offer very specific dates to the world. Doing so and failing could mean the end of my career or a supreme confidence in my God given gift that speaks of true cosmic wisdom, not only our President, the Dept. of Homeland Security, the FBI and CIA but for all to heed…

The future has and will always be my utmost faithful witness and if you paid attention to my work, my predictions do unfold! And when they do it will be time for the world to realize more about the Cosmic Code,  pay attention to Dr. Turi’s teachings and his warnings. And by the way, I am not working secretively underground with any terrorist groups, I am only able to “see/read” accurately the future and translate the Cosmic Code jurisdictions by offering “High Personal Probability Windows” for President Obama or any other human being… Yes I changed the initial name “2013 Personal Lucky/Unlucky Dragon Window Dates” so the critical scientific community do not stumble on a single word (dragon) and miss the entire values of my lifetime work.

Lastly I chose President Obama for two reasons, one to provide him ( the FBI) a form of protection through my warnings, the others to bring the attention my work deserve to the media so humanity can finally uncover the true face and cosmic tools of a God 99.09% of humanity is still unaware of…

Become a cosmic coder reader, join the few dozens of FBI agents that “secretively” read and learn from my work everyday… Time for me to reach many FBI webpages with this memo all over again…