“If every 8 year old in the world is taught Astropsychology and meditation, we will eliminate ignorance and violence from the world within one generation.”  Watch the future! Dalai Lama & Dr. Turi 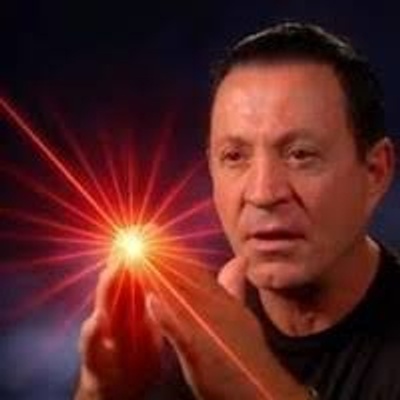 Following  five Close Encounters of the Fifth Kind, Dr. Turi was led  by ET’s  to uncover the secrets of the cosmic core.  Dr. Turi was commissioned by the Galactic Federation of Grand Cosmic Order, to rekindle humanity’s Cosmic Consciousness, make astonishing predictions and heal earthlings body, mind and soul.
Rebuilding people’s body, mind and soul
JOIN PATREON FOR ONLY $5 PER MONTH SHOW YOUR SUPPORT FOR MY COSMIC WORK!
Get 30 days FREE trial on the cosmic code when you join, email teraniapromodir@gmail.com once you join my special family of supporting Super-Humans. She will comp you in our private website! Work with  us, with the benevolent Draconis, be part of the solution, join this cosmic movement, we need your positive productive thoughts… Thank you friends.  DT

Before anything, make sure to keep up with the current 10/21/19 SOS to the world deadly window and catch up with the latest news reflecting the  “beginning or Ending” of important phases of life! Doing so will help you upgrade your cosmic awareness and realize how God speak to us via the signs I translate for you everyday in my cosmic work.

President Trump’s Presidency is in peril and he may not finish his term and his “racist” legacy will curse the world for the next two years.  One more reason for you to pay more attention to my visions and prepare yourselves for what is ahead of you, the US and the entire world!

The restructure ahead of us is simply phenomenal and had you read the 2019 Nostradamus Forecast you would have been,  well ahead of time, totally informed to what is happening with the dramatic, deplorable political state of the US and its impact upon the world today!

When a cosmic unconscious mass of humans elect a US President, or the most powerful man in the higher office in the planet, the entire world must also experience and suffer his fate. i.e. Hitler…

No one close to him in the white house is cosmic conscious and his young daughter, who was born in 1981 with a Dragon’s tail in the rational, down to earth, practical snobby Capricorn, is far from giving him the advice he needs in order to govern safely and productively.

The fact is Trump’s stars could be interpreted as “The bull in the China shop” by those close to him who know him well and I am sure his own Taurus wife Melania must have told him since for ever, “You are your worse enemy and you talk too much!”

Those two are like night and day, Melania is smart, private, canny, rational, reserved, classy while Trump is totally the opposite. Taurus’ fate will make sure Melania does not stay in this marriage… Time will prove me right!

Sentences like “Grab them by the pussy! I am immune from prosecution — even if he shot someone”  speak of a very immature, self centered, tempestuous “young Soul” who is destroying everything that he touches…

Other smarter politicians are fully aware of this fact and simply wait until Trump hang himself on its own, and its happening!

It is deplorable for any human to put someone in power knowing this person which is now in charge of our destiny, is totally unaware of his cosmic load! Spiritually advanced future generations will not elect  a public official because of his wealth and influence but because of both his traditional and spiritual accomplishments  and most of all his natal karmic UCI.

Trump’s oblivious logical, religious conservative base “vibrate” at the same speed as their President and nurture the same fear of a “foreign invasion.” This does not mean it is right for foreigners to invade the US “we need a Trump in France for sure!” but stronger emigration and especially new regulations guns laws are badly needed for all law obedient citizens! 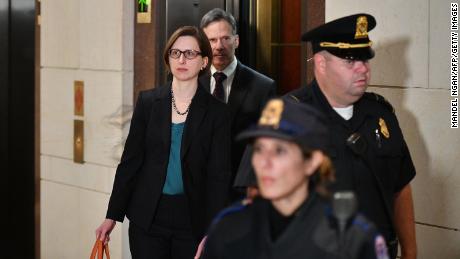 As a rule, republicans are religious, traditional and unable or willing to accept the reality of UFO’s and the majority do not know, fear and ridicule Astrology. You can not blame anyone for being victimized “indoctrinated”  by the reptilius infected religious or scientific matrixes and firmly believe one day man will set foot on Mars!

My work is cosmic in nature and does not endorse nor reflect any political views!  I have learned a long time ago that both, religions and politics STINKS AND are also part of the human experience.

Those man made controlling “legalistic” endeavors are a direct reflection of the repressive, traditional conservatism traditional induced by the reptilius while the more futuristic, progressive democratic liberal movement is stimulated by the more progressive Draconis.

No one is immune to the “effects” imposed upon society by a manipulating system which heavily need, rely and involve both religions and politics…

Without opposite there would be no chance for life to manifest or without a day there would be no night!  There could be no conservatism without liberalism, or a God without a devil… Its all about polarity (positive/negative) but this type of spiritual, advanced thinking can not be assimilated or accepted by all! Particularly my internet infected enemies who have succeeded in removing me from all major public networking medias.

Your light (or night) depend on your perception to what you conceive and have accepted as reality or your personal truth, all dictated by your natal karmic UCI! 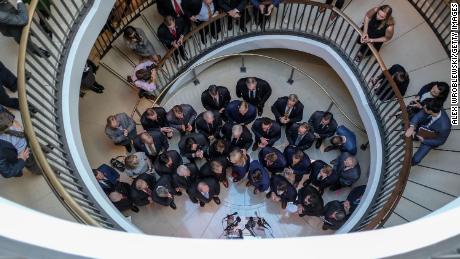 Roughly two dozen barged into a deposition, a political stunt ratcheting up GOP complaints about how Democrats are investigating President Trump

Memo published 6/22/2015 from “Donald Trump for president? “You have been warned. Trump will bring troubles and wars to this country because his stars do not bring luck with religions, foreigners, foreign powers, religions pets, wild life, general education, the law  and  karmically supports all America’s enemies.”

Trump’ natal Dragon’s Tail (negative) in the sign of Sagittarius (foreign affairs)  is very dangerous for America and the world at large and do not endorse safe foreign relationships. Troubles in the US and the world is inevitable! Yet my visions offered in the quatrain below to the entire world about President Trump, back in 2015 is very clear! 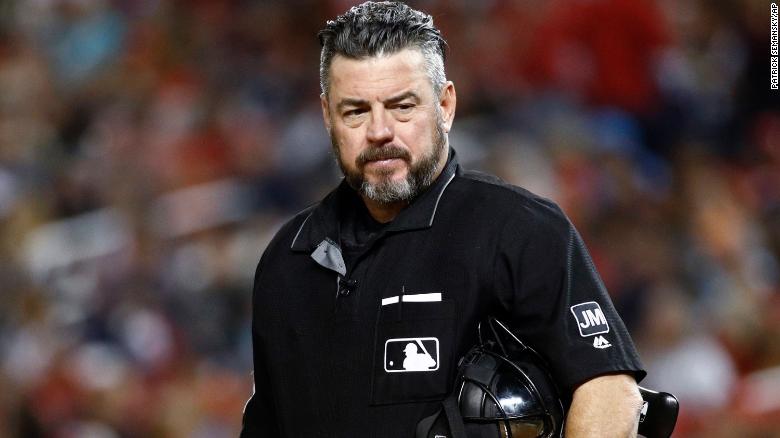 Major League Baseball is dodging another curveball this week after an umpire tweeted about buying an assault rifle over the impeachment inquiry. Umpire Rob Drake tweeted late Tuesday that he planned to buy an AR-15 rifle “because if you impeach MY PRESIDENT this way, YOU WILL HAVE ANOTHER CIVIL WAR!!! #MAGA2020,” according to a copy of the tweet obtained by ESPN. 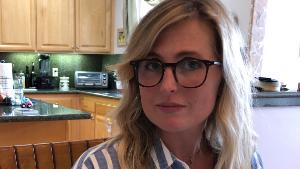 Dr. Turi and a mother’s warning: If you have white teen sons, listen up …