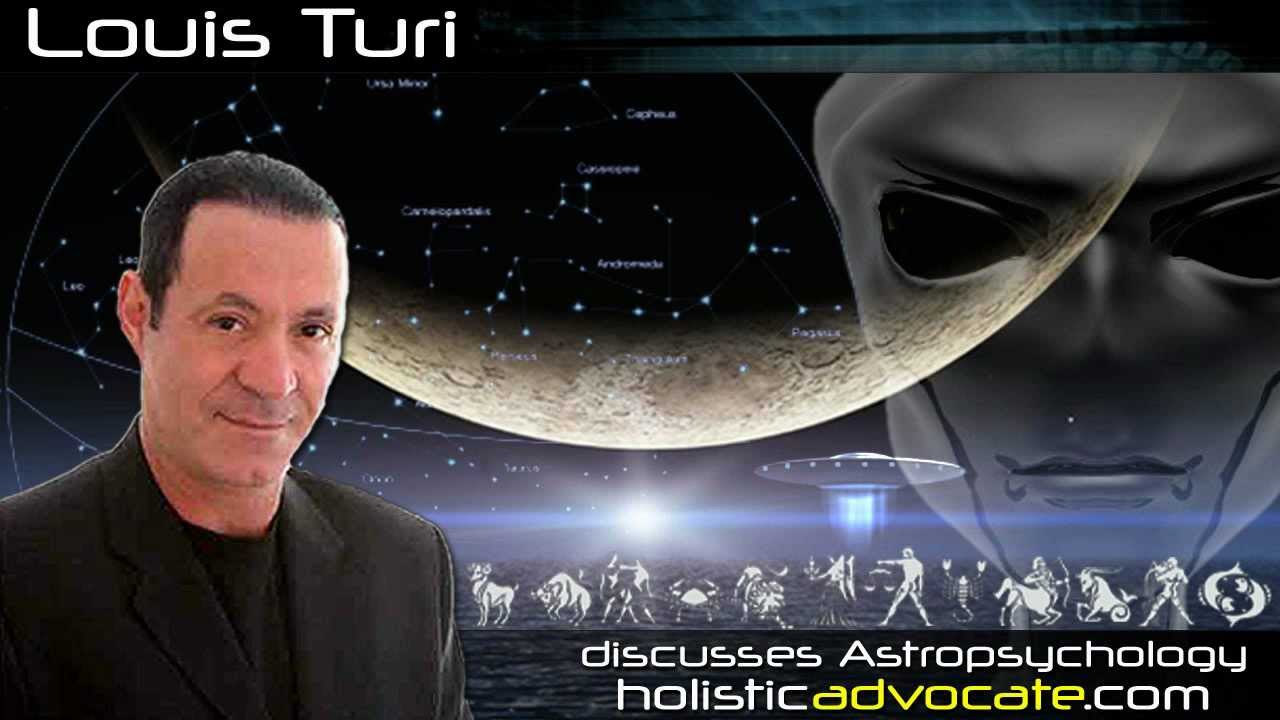 You’ll know the essence of a real genius only when an extreme minority can relate to his Cosmic work and decides to learn from him… Dr. Turi 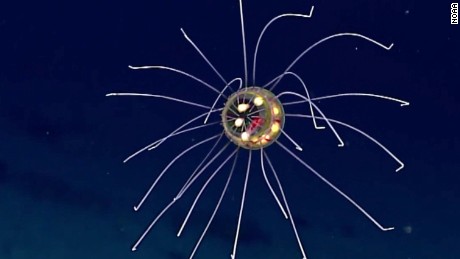 Please note; I often go back to add new material and edit my articles but you may want to do the same and miss nothing! Before talking about Prince’s predicted fate, let me start by explaining a few things to you.

What is the first thought that comes to your mind when you see this creature above? If you thought a UFO, then you are right!  It is designed to “fly” in the water, or a USO. But rational scientists will never ever in a million years realize that; while benevolent ET’s scan the depth of the oceans regularly to check on Mother Earth waters “blood supply,” THEY; the “educated idiots,”  are the ones being closely watched by ET’s refined protoplasm robots.

The total deception is universal because rare are the commissioned “Chosen Ones,” who deal with the extraordinary on both the physical and spiritual planes.

I can guarantee you that; if this picture was “advertised” on CNN as such, ” picture taken from the International space station by a NASA astronaut;” the entire world would never doubt the reality of UFO’s. Little do society know that; ET’s are a transcending part of the human experience.

But while the scientific community and the world at large are CERTAIN this is the video of unknown jellyfish, this is what their conditioned rationale dictate but it is not. It is a USO or an   (Unidentified Swimming Object.”) Thus they can only call it a new discovery of the unknown, or what was previously, unidentified…

Unless every human beings on the planet undergo the same incredible UFOs experiences as mine, there is absolutely no way to convince the agnostics, the skeptics, the atheists and all idiots  alike ; to accept the fact of their presence on earth and in our local solar system.

The subhumans would rather be caught dead (or kill me) than to accept the fact I am a true Modern Prophet and a commissioned MJ12!  And there is no way to change a dunce’s perception of any Divine interaction.

Even in the world of Ufology competition it is fierce and to speak and explain what USOs purposes are all about is taboo and laughed at. The conspiracy to mute me on all front is real and this is why no one in inviting me to speak in any UFOs conferences anymore.

While all UFOs’ speakers repertoire of wisdom is widely accepted and very valuable, it is also limited to its physical applications, i.e. science, government secrets, conspiracies etc. And be certain that NONE of those “talking Heads” is cosmic conscious or ever dealt with any solid UFO’s on this dense physical world.

Note also that the reptilius will abduct cosmic unconscious humans to scare the hell out of them and keep the fear propaganda alive and strong.   But the productive Draconis are much more refined in their missions in order to better humanity and will abduct only “the Chosen Ones.“

Indeed I am a case and divulging the undiluted truth about UFO’s USOs, friends and Foes, everything and everyone will always ruffle some sensitive feathers.

To accept an ET, is actually embedded in my body, mind and soul and  to “talk to me” is quite an unthinkable possibility but it is real! And, through channeling his cosmic essence,  I keep offering specific post dated predictions for “things to come” that anyone can verify. NASA maps potential U.S. Zika spread, HEED MY WARNINGS while you can!

UPDATE: by Helga Rossner  VIP – “DT just learned there was an earthquake of 7.3 Mag. on the Island of Vanuatu (Australia) right on your 48- window of April 30th. Bad Omen of most likely more to come.  7.0 in Norsup, Malampa, Vanuatu

Are you convinced yet, knowing I posted my warnings on Facebook Louis Turi April 26 at 7:17pm   Indeed I speak to God. I hear, see and translate the signs and my gift infuriate the subhumans. I  also posted the full forecast for the last few days of April to the public in  April 2016 Forecast & Predictions by Dr. Turi Part 6

Next quake above 6.0 will be APRIL 30TH 48 HOURS CENTERING THE GIVEN DATE!

“IDIOTS, SKEPTICS, ATHEISTS AND JEALOUS ALIKE MAKE NOTE, SEE YOU THEN!  You will never ever be able to deny the true power of  a real Modern Prophet!  Post this warning to the idiot who removed me running this Facebook earthquake website!“

It seems the 5 tornadoes spotted in 4 states prediction is undeniable if you take the time to read  the section “Environment:”  for WED., THU., FRI.,  SAT. — APRIL 27, 28, 29, 30: below!  I am anticipating large earthquakes (above 6.0) Update 04/28/  7.0 in Norsup, Malampa, Vanuatu –  7.0 in Norsup, Malampa, Vanuatu during the last April 2016 SOS to the world deadly Windows (see full example below.)  I can only coach my smart readers to develop more “Cosmic Consciousness” by reading my articles…

Remember the idiots do not consider time zones, this mean this window is OPERATIONAL in Australia, Asia, Japan and soon in the US! SO BE READY!

One must also remember, I dealt with the herd’s supreme idiocy since 1991 and I did not see any form of progress  since then.

You’ve proved my point in its entirety.

Your clients are the mentally ill and gullible, like Gary Busey. You are so full of yourself it’s pathetic. Anyone reading this, that doesn’t have a mental disability; can see that. You’re so sad, Dr. Turd. Please, please. Find yourself a rafter, a rickety stool and a rope. You will not be missed.

Being threatened or wished death upon, is a reflection of the many reptilius infected souls walking and living on this world. Those poisoned, immature souls are totally oblivious of the psychical “control” defect they suffer from.

While some are very dangerous to others and themselves i.e. ISIS, the purification process is impossible and the psychical possession can only get worse with time.

Lightly contaminated souls like “The Clucker” are the ones who need help the most but instead they work overtime to deny God’s Cosmic Divinity and try to mute me. God Have Mercy, these people have no idea of the forces cursing their destiny!

Logic dictate that; if the benevolent Draconis or “The Gardeners/keepers of this World” are also part of creation, their extraordinary technological advances allow them to create bio degradable robots using organic corporeality.  ET’s are watching humans since the very beginning of creation.  They are watching in the cosmos,  under water and even in the earth entrails.

Other malicious ET’s groups use their own “tools” to destroy human life, creating a variety of microorganisms such as yeasts, fungi, bacteria, archaea, and protozoa. I know for a fact, as I would not have escaped cancer if the ET’s did not interact with me after the surgery.

All ET’s, good and bad are cosmically conscious and use “Dark Matter” to fulfill particular agendas. “NASA maps potential U.S. Zika spread” but today’ scientists could never imagine the reptilius ET’s are responsible for all infectious diseases.

Reptilius confine the human spirit into entertainment, religions, medications, drugs and scientific  atheism convictions designed to nurture fears and doubts, steal your attention, stop your psychical awareness and  stop  your spiritual interaction against them!

The Millennials are unable to bypass the indoctrination induced by their own cursed “educated” generation. This opens the door to a new platform for atheism to spray and contaminate a “technological” society where cellphones and microscopes rules and God’s divinity is ridicule.

No ET’s will ever be able to interact directly with humans, unless prepared of course and this take many abductions… Often started (as in my case) at a very early age. The Draconis must then “interact” within the mind of a “chosen” researcher in order to produce an obstruction to the ever mutating evil  fungus.

Only a cosmic conscious MJ12, Soul Doctor dealing with the heavens above can understand the UFO’s phenomenon, their agendas and counteract their psychical nefarious interactions.

Memo: “Using the futuristic art and science of Astroforensics / Astropsychology, I offered the undiluted facts and blamed the pharmaceutical corporation and the current 2016 Dragon dooming Prince’s chances to survive its depressive, poisoning effect! And before 2016 is over, many more celebrities will experience the same untimely death!”

Thus if I was right again, maybe you should trust me with the future and your health. But how can all Prince’s fans accept that he was “INFECTED” by the reptilius doctors who took care of him?  If you take legal or illegal drugs, ie. pot, you ARE infected. If you consume too much alcohol, or depend on antidepressants to survive, YOU are also infected!’

If you are trapped into religions, (pious souls) entertainment (celebrities), science (Atheists) then  YOU are infected. While I like boxing myself, I am NOT trapped into the sports matrix and  I do not wait for Sunday football or any sport events taking place every day on television. I write, I create, I think for myself and I educate my readers and regenerate my spirit in the process.

In “NASA maps potential U.S. Zika spread, HEED MY WARNINGS while you can!” I offered my readers some of the solutions to avoid this “Universal Infestation” but the majority of people reading my cosmic work tend to think I am more of a seriously deranged man than a “savior.”

It is only when my dramatic channeled “visions” becomes unavoidable and when it will be much too late that reality will sink in. Trying to explain ET’s purposes with humans, is like explaining the working of the shuttle controls to a pigeon.

And while many humans consider themselves very smart and able to assimilate the UFO’s phenomenon, not many can do so when the majority do not yet understand nor believe in their direct relationship with all the stars that make up this local solar system.

“A human being is part of a whole, called by us the ‘Universe,’ a part limited in time and space. He experiences himself, his thoughts and feelings, as something separated from the rest — a kind of optical delusion of his consciousness”. – Albert Einstein

I can only offer a tiny view to the “tip of the iceberg”  per say, knowing I am dealing with inter – dimensional transcending reality and parallel worlds! 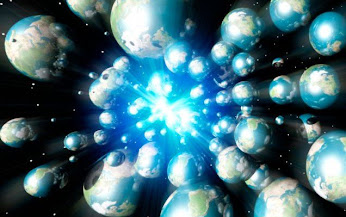 “The future is nothing else than the reincarnation of the thought’ Dr. Turi

Not many human beings can fully understand reality either when they are all cosmic unconscious and part of a herd, unwilling or unable to resist the indoctrinating, religious, scientific matrixes deceptive pit.  But at least some do and those are the very rare breed of curious humans making up the 8,360 Cosmic Coders who joined us. JOIN ITS FREE!