”For those who know me and the Cosmic Code jurisdictions, no explanation is necessary;  For those who do not, none will ever suffice… We must change our materially based analyses of the world around us to include broader, more multidimensional perspectives.”

“The last words from the cockpit of MH370 before it disappeared from civilian radar were actually “Good night, Malaysian three seven zero”, not “all right, good night” as Malaysian authorities had previously claimed. authorities are currently conducting forensic investigations to determine whether it was pilot Capt Zahari Ahmad Shah or the co-pilot who said them.”

Updated! Read also  Why flight 370 pilot took so many innocent lives with him?

Note Remote Viewing Flight 370 cockpit, the real story! is now fully completed and the information I divulged in this article are just mind boggling. I started the astral projection/remote viewing just after 4 am and it lasted for over 45 minutes. This article can not and will never become public!

Before offering my “visions’ of what happened in the cockpit of flight 370, one must understand what remote viewing or astral projection entails.  Our cyber cosmic university  is designed to educate the curious souls on the secrets of the Cosmic code and this article is dedicated to the planet Neptune’s extraordinary influence upon the earth. Indeed the stars and planets are much more than dead rocks hanging above readers, their powerful subtle influences can and will bless and curse humanity.

Not every one can perform remote viewing or astral projection readers! Such advanced “psychical” endeavors are for the gifted who inherited an advanced UCI only. The art has been practiced by the prophet Nostradamus, Helena Petrovna Blavatsky and “the sleeping prophet” Edgar Cayce. Edgar Cayce, 1877-1945) has been called the “sleeping prophet,” the “father of holistic medicine,” and the most documented psychic of the 20th century. In no way will  the under-developed UCI of the “young souls” the atheists, the agnostics and over educated skeptics alike be able to enter the archetypal realm of supra-consciousness and can only ridicule what they can not perceive nor understand.

Science has not yet grasped the reality that no men was ever born, physically or psychically / spiritually equal and the differences resides in the karmic cosmic legacy  inherited at birth through the cosmic identity.

This dense physical world is not designed by God to honor nor reward those being extraordinary unique mentally mostly because our infantile scientific community  is still unable to comprehend the psychical phenomenon or the divine in action. This lack of spiritual wisdom created a wide separatism between the abusive traditional religious and hard core scientific educational matrixes battling for supremacy over a cosmic God both have absolutely no awareness of.

When I was child, I recall clearly flying all over the roofs of the houses of my little village and this “astral projection” phenomenon is quite common with children who own a highly spiritual UCI. Sad enough, unlike my mother when I was growing up, today young non cosmic conscious mothers may not encourage their children to keep their gift alive. While anyone can develop a very muscular body (Schwarzenegger) the possibility to be born with a  “Schwarzenegger like spiritual conception” like Nostradamus, Edgar Cayce Madame Vladasky or Dr. Turi is a rare, but very real possibility.

Once again, science is not only totally oblivious but also destitute of any spiritual awareness and the lack of wisdom imparted by their stubborn attitude is not helping humanity psychical welfare and its spiritual progress….

Tibet monks and all other religious souls from all walks of life display a very strong Neptune “The Lord of Dreams” and ruler of Pisces. This planet’ subtle but very powerful spiritual  inheritance impregnate their psyches through their natal UCI and lead the soul to confinement, puritanical and priesthood endeavors. This does not mean they are aware of the cosmic phenomenon of course!

Neptune’s practical applications is represented by the two fishes swimming in opposite direction or the symbol chosen by Christianity. Indeed all religions of the past and astrology have always been interconnected through time and space but in no way will the religious matrix offer your children this type of astro/teachings in their Sunday Schools.. “Archaeologists unveil ancient church in Israel.”

The positive manifestation of Neptune is symbolized by the fish swimming upstream, against all false religious teachings, towards God cosmic consciousness and all the mysterious creative forces embedded in the Supra-conscious. Neptune rules dreams, the subconscious, psychic powers, the intangible, astral projection, remote viewings, imagination, creativity, music, dancing and all psychical gifts and miracles today’s rigid science is slowly uncovering.

But you also have to take in consideration the negative effect of this planet or the Neptunians who felt in the deadly traps of its quick sands. Neptune rules all religions, the cinematographic industry, drugs, alcohol and is very addictive in nature and if the young unaware soul is overloaded with his compulsive imaginative power the worse is to be expected in so many inexplicable murder cases.

Indeed police forensic and traditional psychology reject this Astropsychology expertise. Unless your children are taught before puberty of the power exerted by the stars upon their natal UCI, many will become the monsters ending up making up this type of horrific  news.  Sad enough the children end up punished  because of the ignorance of the adults, all victimized by the religious and scientific traditionally educational controlling matrixes.

Teenager Gets Life in Prison for Killing Mother

“COMPTON — A Lynwood teenager who said two “Scream” films influenced him to stab his mother to death was sentenced Thursday to life in prison without the possibility of parole, while his cousin was sentenced to 25 years to life for his role in the 1998 slaying.

Before the sentencing, Mario Padilla, 17, gave a statement to a probation officer saying his exposure to TV and movie horror caused him to “fantasize how to do things I could not do.” The explanation was read by Superior Court Judge John Cheroske, who during the trial had forbidden references to the “Scream” film.”

“Prosecutor Heba Matta said Meraz-Espinoza had been motivated by satanic beliefs, which he was ‘heavily entrenched in’, according to the Los Angeles Times. The murder by Moises Meraz-Espinoza was described as one of the ‘most disgusting, hideous and vulgar’ cases the judge had ever seen.

Mr Matta said Meraz-Espinoza has several tattoos with satanic imagery, including upside-down crosses and a 666 behind his right ear.  A satanic bible was found near the crime scene and the date of the murder, February 2, 2011, fell on a day in the satanic calendar that calls for ritual human or animal sacrifice.”

It is important for the reader to acknowledge the power of Neptune in one chart because this planet lead the soul towards religious fanaticism, addictions of all sorts, dementia and finally suicide. Neptune rules all places of confinement; churches, synagogues, temples, jail, hospital, mental institutions where control or escapism can only be found through the use of legal or illegal drugs and deceptive religious doctrines. Dr. Sanjay Gupta First Legal US Drug Lord?

This is why many convicts will find “Jesus or Allah” while incarcerated and with it the mental support they need to escape their confined terrible reality. But this dictate the worse manifestation of the planet or the fish swimming downstream towards his own man made hell… 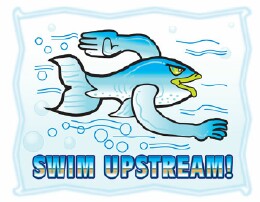 Albert Einstein, Michael Angelo, George Washington, James Madison,Andrew Jackson, Elizabeth Tailor and Dr. Turi (to name a few) own a Sun in Pisces and swam upstream. Neptune power can be as productive and liberating as negative and constrictive. But one thing sure Nostradamus, Edgar Cayce and Madame Vladasky where all born with the powerful productive Dragon’s Head in the sign of Pisces. Read more about the dragon.

And this makes the serious difference with the strength of Neptune allowing for the cosmic fluid to express itself fully and productively.  While many pretend to be “reincarnated”  image of those true prophets, i.e David Wilcock, also a Pisces) the plain truth can never escape a cosmic conscious student or Dr. Turi… I will soon expose his UCI to the world.

Meantime astral projection can only be done by slowing down the physical atomic structure of the human body, or in a sleeping state in the case of Edgar Cayce.  Accelerating the etheric body can only be done in  a perfect state of relaxed mind free of distraction and noises.

“Searchers scan the ocean for a sign of the jet, while police look into the possibility that something criminal happened. Officials have always said they were looking at four possibilities: hijacking, sabotage, personal problems and psychological issues.”  FULL STORY

Rest assured they KNOW it was a suicide “Flight 370 Mystery Solved It Was Pilot Suicide!” and soon you will have the full story of what transpired in the cockpit of flight 370.

Read all the results of my channelling/astral projection / remote viewing… Non public join us do not miss anything!

A REAL PROPHET AT WORK! Memo from “Is the ‘big one’ coming?”

BE PREPARED, BE WARNED APRIL WILL BE A BUMPY ONE!

IS THE BIG ONE COMING? California Deadliest Earthquake Exodus Prediction

DO NOT ASSUME YOU KNOW BETTER CALTECH! THERE IS MUCH MORE THAN YOUR FIVE LIMITED “EDUCATED” HUMAN SENSES CAN DECIPHER!

New Moon — March 30, 2014 in Aries: The New Moon will mature in the sign of Aries. Explosive and destructive news about fires, wars, *Update – North, South Korea exchange fire and explosions is to be expected soon.  Mother earth is alive and will stretch herself vigorously, producing powerful volcanic and/or abnormal  earthquake activity.

Update 04/01/14 – (CNN) –– An 8.2-magnitude earthquake struck off the coast of northern Chile on Tuesday, generating a tsunami, authorities said.

With God as our witness to the truthfulness of the following statement, we thus testify: Never in our sickest nightmares would we ever have believed that the President of Russia, not the POTUS would be the man of Christian faith and values.

Nothing is more dangerous for the world than a religiously poisoned president…”Predictions – Vladimir Puttin A Plea for WAR From Russia” – Non public join us do not miss anything!