Retired generals: Be afraid of ISIS

Would you or should be more concerned about ISIS?  Silly question knowing we all are but it seems, some members of our government are not that concerned!  To the newcomers, what is going on today with ISIS was predicted in 1995 on the Art Bell show and, since George Noory seems to avoid me and invite numerous guests on his show, it is important for the new readers to know the facts about some of them!

On February 8, 2013 I published “Nostradamus Prophecies ISIS George Noory, Dr. Turi & John Hogue”  because like all CTC guests, and other  modern “prophets,” he also have access read and use my predictions…

When a “close friend” forget to mention my name or avoid making references to some predictions I made well before he and his guests did,  well before ISIS and Osama Bin Laden became legendary bad news,  I think its only fair for my readers to know the facts!

Before reading the article, if you take the time to watch and listen to “Predictions with George Noory (full TV special from 2006)” I am the only one who spoke and mentioned Iran aim for NUKES, and an upcoming religious war…  Then go back to 1991 and watch this much older video.

Not that I need to prove myself or the values of my work, especially if you are a reader of mine, but more and more people are discovering us and I have to bring everyone up to date!

I can not rely on my old “friends” to give me justice, they perceive me as a serious unchallengeable competition and would rather me go back to France and be forgotten…  But if my cosmic legacy is to survive and the get the rewards of my work  after my death, it’s important for me to clarify my position and expose the undiluted truth!

There is no ego at play here, only the facts which must be preserved… Again my predictions are available to ALL, including my competition and my aim is to warn all cosmic unconscious souls on the planets. 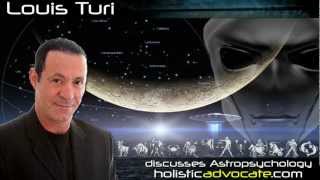 Now in my latest radio show with Ted,  I explained my methodology and gave the dates of May 8/9/10 and if you keep up with the results of my predictions on my facebook pages, they are overwhelming…

“Hundreds of people fled their homes on the slopes of a rumbling Philippine volcano on Friday as authorities warned of rain-driven mudflows from an approaching typhoon that could bury them alive, explosion, fire at N.Y. nuke plant, 2 cops killed , 53 tornadoes hit the US etc. “

Now as far as the next Police SOS window I gave the dates of May 16 / 30 and and specifically warned the secret services/police for the very last days of May with my expectation for terrorism. More cops and “unlucky” people will be killed then.

Hopefully the FBI will not assume I am a sleeping cell and instead double vigilance on the above given dates!

May 23  will see the next SOS to the world window where I told Ted’s audience to expect thousands of people to experience a forced relocation due to nature’s devastating forces or man made drama at work!

Here is the full quatrain offered to my VIP’s from my Cosmic Code Cyber University.  I am sharing all those private information because I will stop posting June first 2015 to the public yet, I still need to prove my claims before you realize I am not only rare but real and why you should join!

May 2015 SOS To The World Deadly Windows

I will be back to update this article once the future (as always) proves me right!

In those shows below, I explained my methodology and offered more predictions for the future to all the skeptics who need to confirm the above dates! All they have to do is to listen and make notes ET VOILA!

There are 3 other types of Universal windows and winds creating specific news and you should consider using the $25 half price Mother’s day deal for a 6 month trial and save!

Billions are wasted annually by the consumers on astrological websites horoscopes or CA Sunday psychics who need more help than you do and never proved their worth publicly like I do! Read what you’ll get for such a little investment and join us while you can!

Lastly George Zimmerman shot at by motorist, police say, George Zimmerman, acquitted by a Florida jury in the shooting death of Trayvon Martin in 2013, suffered minor injuries Monday after being shot at by a motorist, police said. What George does not know,  last Monday was one of his 2015 Personal Negative Biorhythms  and it is just a matter of time for this lost soul to suffer a premature death.

The year is still “:young” I can only and strongly suggest the readers to take my advice and invest in the 2015 Nostradamus Dragon forecast for all signs and be prepared!