Over the years, the police has grown drastically with weaponry but not in spirit… There are cosmic reasons for them and their public victims to invite a premature death!  Astroforensics must be taught at the Police Academy. 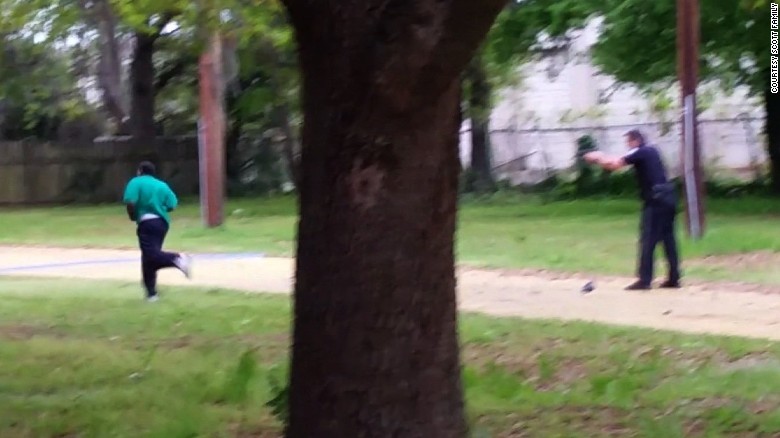 Video shows cop shoot unarmed man in the back (police?) 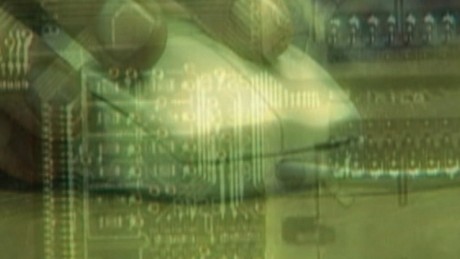 “The FBI, Secret Service and U.S. intelligence agencies are all involved in investigating the breach, which they consider among the most sophisticated attacks ever launched against U.S.”  RUSSIA? 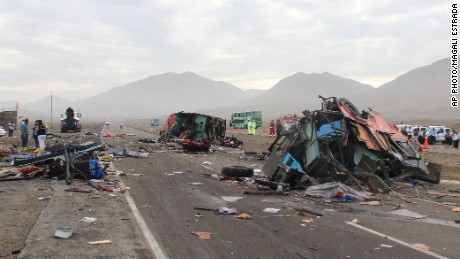 When will the police listen to a new idea based upon a timeless wisdom and learn all about Astropsychology / Astroforensics? NO readers, police dramatic news such as the above do not happen everyday! Guess what, this particular SOS police window touched us closely, what about you, did you get a wake up call, did you deal with the cops or did anything involving the police?

Banned for a year! Terania’s dad was shopping in a Dallas Walmart, something he did for years. Then he got into a silly argument with the new manager of the store which called the cops on him. Indeed her dad (a Scorpio) was under one of his personal 2015 Personal Cosmic Biorhythms. But he is also a  very religious man who would never deal with my work fearing hell. He was at the wrong time, at the wrong place with the wrong person and pay the price of his cosmic ignorance… He is one of the lucky ones, countless others lost their lives…

On March 23rd, I decided to contact the police and secret service top names, and warn them all with my April 2015 SOS police window. I explained my methodology and the recurring planetary “cosmic winds” cursing the police  and the public, asking them not to lump me with psychics. I also asked them to watch the news on the offered dates because I knew the police would be making dramatic news. I was right again…

I also inserted emails of some friends for reference memo purposes that may never come but mostly because some of them have family members working in the Law Enforcement.  It seems I care more about people’s brothers and sisters cops than they do! As incredible as it may sound, instead of helping and working with me, they also rejected my help and teachings!

I did the same thing back in December 2014 with “Officers.com Police shame and disgrace – 2015/2016 SOS POLICE WINDOWS” and I was first ridiculed then eliminated from their websites. In fact I never last very long in any atheist or religious turf because they can not handle nor accept the truth of a cosmic God and the reality of UFO’s.

I wrote “The End of God and all religions? for all my VIP’s, and posted those windows on all social websites and, as usual I also emailed ALL US FBI offices. I  offered the same dates and warnings about the possibility of  terrorism preparing them to expect the police to make dramatic news. I did this for years and all you have to do is to Google “Police / FBI Dr.Turi” to read more of all my efforts to save lives and reach the police.

I always compile all the drastic results to solidify my claims and offer the public, the secret services, the police, the FBI, the CIA and NSA the option to behave as real detectives. The confrontational or “know better” egocentric attitude encountered with all the “experts” involved in all departments of the human experience (including the secret services) amazes me!

Why is it so difficult for them to understand, as children of the Universe, humanity is under the jurisdictions of the stars?    But none of those “young educated souls” can not be blamed for owning an underdeveloped, rational, atheist, religious UCI and display the subhuman deplorable mental aptitudes. Thanks to the US Educational system…

Then the undeniable results came to pass with today’s deadly’ news (police will make the news) and  “The FBI, Secret Service and U.S. intelligence agencies are all involved in investigating the breach, which they consider among the most sophisticated attacks ever launched against U.S.” Those two piece of news are much too obvious for anyone not to notice or even deny, but be sure, some idiots will!

Those dates and warnings for large earthquakes (above 6.0), police and terrorism dramatic news were also offered in ALL my past and will always be offered in my future radio shows.

And in time, I will be there redirecting you to listen or recall the show and my predictions. But nothing has worked for me since my first national radio show with Art Bell in 1995 when I predicted all that is going on with ISIS today well before Osama Bin Laden and the 911 attack in N.Y. “Dr. Turi’s Famous 9-11 Prediction.” Again I may sound redundant for some regular readers, but many more are discovering us and do not know as much as you do about my work and I.

Here is the list of all the idiotic COWARDS (friends were removed) who have no business being cops! With this type of people to “serve and protect” us and America, I have all the reasons in the world to worry for our safety! All because their religious or atheist convictions has and will keep killing more cops and more innocent people. Meantime none  of them were willing to help  towards furthers the police psychical perception of the divine.

Cops and people are endlessly victimized by their “Personal Cosmic Biorhythms” putting them at the wrong place at the wrong time with the wrong people. An untimely death is the usual result, and over the years, billions of dollars have been wasted in legal pursuits against the police to reward the families of the victims.

America is sponsoring, endorsing, and supporting the wrong religious and scientific matrixes instead of learning all about “the Soul of the Cosmos” and acknowledging God cosmic divinity. Those fortunes should be invested in cosmic education, in my software, in Astropsychology / Astroforensics scientific pursuits. While I am disgusted by the lack of “spiritual” investigative power from all secret services personnel,  they have absolutely no idea what Astropsychology is all about and they won’t even try to understand my lifetime work! Without your help more cops and more innocent people will die!

But it seem, as long as it is someone else and not your family directly affected who cares…

This mean nothing will be done to change anything and more cops and more innocent people will die. Indeed not enough people care,  I even emailed my home town Phoenix police office with my warnings, and as expected, they removed me from their websites assuming I was a lunatic or a ghoul…

The same idiots will also then assemble and pray for the victims doing nothing that could make real change by supporting and endorsing my teachings. While I have offered my time for free and lecture for any police group or organization, all efforts have been so far a total waste of my time. Why should I really care if they don’t you may ask? Because that’s the way it is as there are no enough courageous, committed, dedicated, ingenious daring Dr. Turi in the police communities.

NOTHING WILL EVER BE ACCOMPLISHED IF I DO NOT GET YOUR HELP, EDUCATE YOU ON THE SOUL OF THE COSMOS AND TEACH YOUR CHILDREN!

“The stars are the elixir of life! Great spirits have always encountered opposition from mediocre minds. The mediocre mind is incapable of understanding the man who refuses to bow blindly to conventional prejudices and chooses instead to express his opinions courageously and honestly.’- Albert Einstein

While I have asked my supporters to tell all police elites below how they feel, I know only a minority who truly relate to me will let them know how they feel as others will fear the ridicule and will stay silent. Cowardliness has never fixed anything, courage and taking risks does!

All I am trying to do is to save lives using my cosmic gift because I know it is real and can be proven scientifically because all I do is use computerized mathematics and intuition or Divine Astrology. But the total dedication I have has brought nothing constructive so far, only the visit of a couple of possible FBI kids who thought I was a terrorist sleeping cell…  FBI visited Dr. Turi again, following Paris Terrorists Attack Prediction

Each passing day I see the deadly results of this universal ignorance and countless cops, and their victims will die or will be killed ruining so many misinformed, religious or atheist families. This endless chain of dramatic news involving the police and the public can be stopped but both the police and the public need to hear me and acknowledge the cosmic code jurisdictions.

But when over sensitive religious or egocentric know better atheists “kill the Messenger” and start blaming me for exposing the world horrific news,  I do not have much hope for humanity’ future.

Should I keep fighting to salvage your lost religious or atheist souls of let you go to hell?

Satan need your fears, your ignorance, your reluctance to change, to investigate new unconventional ideas and FORBID you to exit your comfortable zones. The majority of human are the misinformed victims of the manipulative, religious, scientific and entertainment matrixes endlessly conditioning your mind through TEL e.sion.

The system will not change, nor help you because this mean their setting their own demise, and the political power, control and wealth their generate misinforming and abusing you is jeopardized.

Those at the top who are supposed to “serve and protect”  you and the US constitution are  part of the mass indoctrination and a televised mental conditioning running you to the pit of hell.

I could join you all, become more sensitive, more appealing, more diplomatic writer, use tons of sugar coated articles, full of love, light, angels, false hopes and stay clear of the harsh reality and never expose the undiluted truth!

But you have tons of deceptive Neptunian like Joel Osteen,  to chose from and many more educated scientist agnostic atheist “educated” celebrities like Neil Disgrace to follow in the flowing herds.

But I chose to write, to teach and divulge the undiluted truth because I am soon to retire and at 65, I enjoyed a great and rewarding life! Something many of you will not be granted because your lack of cosmic wisdom and your fear of the future and the unknown…

POLICE/FBI/CIA/NSA WARNING BE PREPARED FOR …

FBI, CIA, NSA POLICE WHAT THE HECK? Time for your …