The Moon is the beating heart of the Earth

“There is a tide in the affairs of man, when taken at its crest, leads on to fortune.”  Humanity is still cosmic unconscious and has not yet realized the moon is regulating all physical and spiritual affairs on planet earth!  The moon  imposes  a crucial timing only wise men could perceive and use!  Google “Dr. Turi and the moon” for articles about the moon…

The moon, by house, signs and its numerous aspects,  is responsible for the well being and regeneration or the  deterioration (depressions/drugs) of the human psyche (lunatic/moody/crabby, cranky) always, for good or for worse, cursing our moods…

Every day man sees the procession of stars across the vault of the sky; they have followed the same path through the heavens, tracing the immutability of the cosmos and its constellations, which have spoken to the wise men since the beginning of time.

Open to the public! To celebrate this Solar Eclipse, you may email Terania at teraniapromodir@gmail.com (do not call please) to set up a day and time for a mini test drive reading to find out where this lunation will touch you personally. This will be done by telephone only, no Skype.

We are expecting a lot of requests act right away it may take us a few days to deal with all your requests. this “Solar Eclipse” deal starts right now and will end tomorrow at 12 PM AZ time.

Those Solar Eclipse Predictions are much too sensitive for public consumption but there are really good news to share too!  Some will experience streak of luck, incredible progress and great joy but this upcoming cosmic wind will also be very dramatic for some. All information, guidance, warnings and upcoming dates are posted in the Cosmic Code for  my VIP’s or those heeding the “signs” and God Cosmic Divinity.” 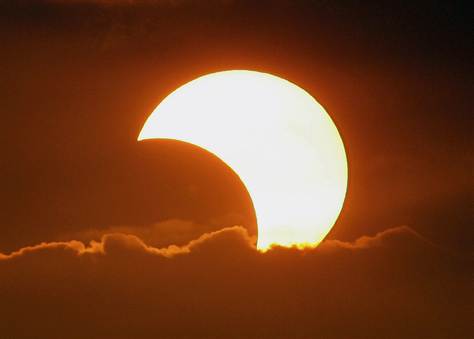 What is a solar eclipse?

Neil DeGrasse or Dr. Turi Explanations? There are two answers to the same question, one is perceived and explained logically by rational Astronomers, the other by intuitive Astrologers translating the spiritual purposes of the Soul of the cosmos.

There is a very safe way to watch this solar eclipse cosmic phenomenon  we share with our readers.

The Moon is slowly moving away from the Earth so there will come a time when the Moon will appear to be too small to cover the Sun. And with this scientific assertion in mind, there is nothing else to expect from any solar or lunar eclipses for humanity. WRONG, there is much more to this cosmic phenomenon than our infantile science can perceive and explain…

At least for the mislead, unconscious general public and not my VIP’s which will benefit from all my cosmic explanations, including a special deal offering them the option to save tons of money and know exactly where, how and what this eclipse will bring into their lives.

“God created the stars and the heaven for more than the sake of beauty; He gave them to us for interpretation so that we may live a safer more productive life. Man is superior to the stars if he lives in the power of superior wisdom. Such a person being the master over heaven and earth, by means of his will, is a magus, and magic is not sorcery but supreme wisdom.”

The concept of a scientific revolution taking place over an extended period emerged in the eighteenth century can be perceived as a two-stage process of sweeping away the old and establishing the new.

Nothing can be far from the truth, astronomy began its separation from astrology around 1543 marking the debut of the scientific revolution when human (atheists) began challenging God’s cosmic creation intellectually, that is exactly what happened.

While science keep offering technological miracles to humanity, it has created much more problems than solutions, especially with the development of nukes and the dramatic “Earth Changes Signs of the Times!”

Have we not learned it is a disaster to mess with the natural processes and genomics of Mother Nature? Myopic-thinking scientists OCD generation http://www.drturi.com/a-generation-of-born-ocd/ born and politicians are so short-sighted they can’t see the forest for the trees.

If nothing else, they should at least comprehend the concept that NOTHING stands alone, all are interconnected and are this way for specific purposes and ecological balances. Unless, of course, you are trying to commit human-induced suicide for the whole planet.

You are a child of the universe an eternal form of life coming from the cosmos. There is no end, no beginning, there is no hell, no death, only a Cosmic God and you, all is that and that is all… Dr. Turi

Another very educational article (and super deal) is waiting for you… Did you miss a bulletin? Read more from my facebook page.