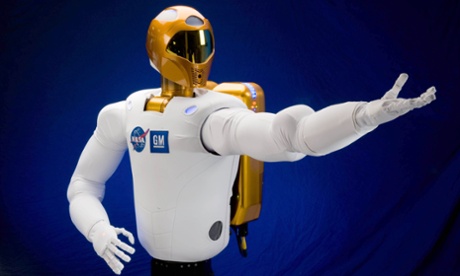 Stop predicting the future. Leave that to the robot who’s going to steal your job

From Asimov’s vision of 2014 to futurist ‘experts’, we have no idea what’s next. Know-it-alls need to stop pretending they do!

I am another spiritually destitute human being victim of the scientific matrix!

It is obvious that Jess Zimmerman is part of the mass of cosmic unconscious human beings making up a  “Generation of Born OCD!”

While technology does take jobs away, they are some creative occupations that no robots could ever do! It’s like asking my computer to create yet another educational cosmic article for me, or to give a VIP live Skype consultation, do an Astro tarot and read your fate. While this will never happen, technology can easily offer an astrological generic and even replace a psychic! 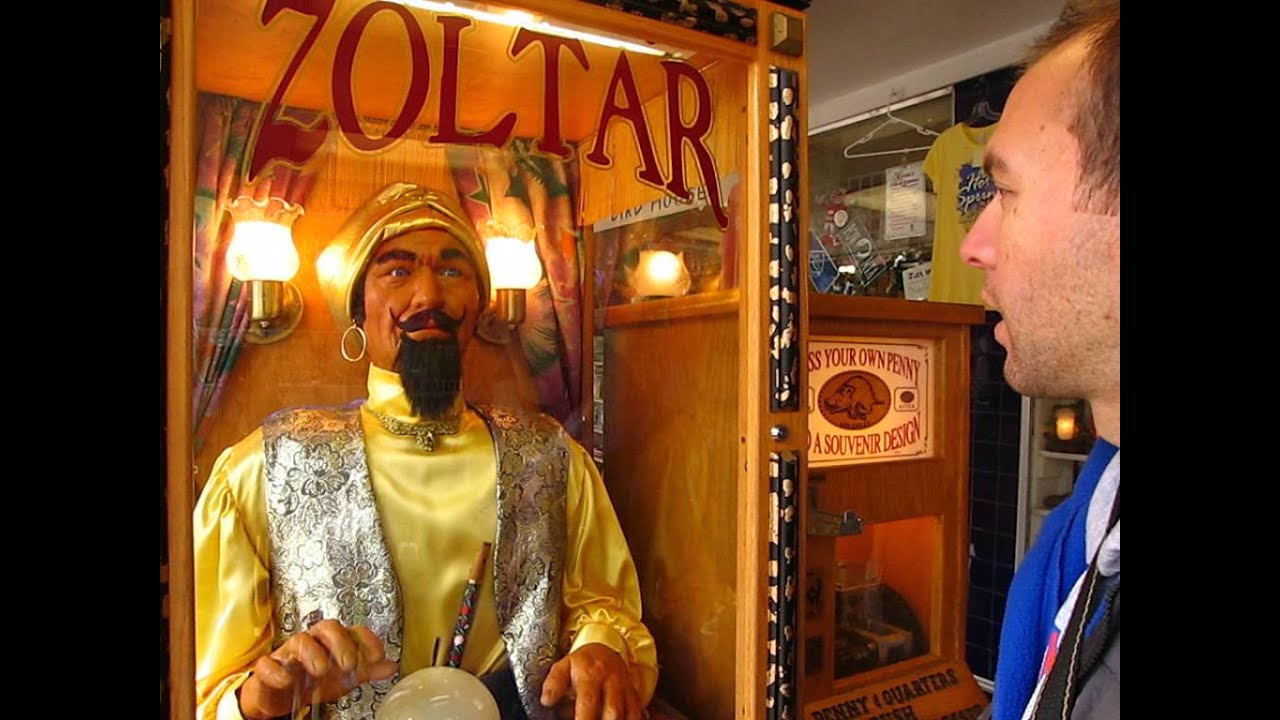 Only a cosmic unconscious gullible human can use a machine or call a psychic line and waste both time and money!

This is why millions of astrological websites and why the “CA psychics line” are killing the true art of prediction. Indeed you get what you pay for, especially with me, because I am not programmed to save your feelings or tell you what you want to hear!

Furthermore technology and those organizations will never offer you proofs in fear of being sued and would never insist on having the session recorded like I do!

In spite of offering an infallible opportunity to many people to become independent, beat the robots and create their own American dreams, the true “entrepreneurial” American spirit is dead or not for those unwilling to take chances or those unable to perceive a great opportunity when it present itself! Let me make you a billionaire …

While automation is already here, it saves time, money and efforts and it is a great thing! But  a robot will never EVER replace a true genius…

Books are becoming absolute, robots are the “books” of the future trained /programmed to do things and obey their programs masters, but none will ever be able to create, invent or use ingenuousness. They will become masters are “assuming” from the work or real genius masters at best! Anything physical, robots can do, but to think robots will one day have a soul is simply ridiculous.

The human UCI (or the spiritual DNA)  can never be replaced, because it is part of a cosmic design science has yet to uncover!  Mean time, to a certain degree, the human mind can be altered for good or evil using technology. But when it comes to the core of the spirit a robot is still a robot depraved of feelings and the natural creativity, fears and countless emotions all human own.

Thus if your job involves mental gymnastics, spiritual discovery, spiritual cosmic researches, where the “gifted UCI” play a dominant part (like mine) then your job is assured for ever.

While an astrological software can generate a human forecast, this type of work can never be compared to the predictive work I generate daily for the world and my clients.

And you wonder why your kids are mentally lazy and spend their lives with electronic gadgets?

Indeed they  are fast becoming the prime victims of the scientific matrix who already lost the spirit and with it, the reality of a Cosmic God regimenting their fate through the cosmic code jurisdictions…. But they all know better than a 65 year old man like me and Einstein himself!

“The intuitive mind is a sacred gift and the rational mind is a faithful servant. We have created a society that honors the servant and has forgotten the gift. We will not solve the problems of the world from the same level of thinking we were at when we created them. More than anything else, this new century demands new thinking: We must change our materially based analyses of the world around us to include broader, more multidimensional perspectives.”

Stand by for my rebuttals, once you become a VIP!

Thanks to a big new report from the Pew Research Internet Project, we can now say definitively that, in the next 11 years, robots will take all our jobs. Or that robots will create tons of new jobs, or that nothing will change, or what even is a “job” anyway?

The experts Pew consulted – 1,896 research scientists, business leaders, academics, developers and other technology mavens – were split almost precisely down the middle on the question of whether robots would destroy more jobs than they might create by 2025. Half of these people – “widely quoted as technology builders and analysts and those who have made insightful predictions” – envisioned a class-striated techno-dystopia in which unskilled and even skilled workers will have been supplanted by metal analogues and left on the street to starve. The other half trusted that human ingenuity would conjure new jobs, and that we might even wind up with more leisure time and greater job satisfaction while robots do all the menial tasks. Maybe, they said, we’ll have developed an entirely different definition of what it means to work, or maybe all jobs will be enhanced, but not supplanted, by artificial intelligence – the Pew survey lumped AI and robots together – because consumers still want the human touch.

To me, the conclusion is pretty clear: we should give the job of tech futurism to robots.

Think about it. Of all the things we foul up – empathy, risk assessment, avoiding cognitive bias – one of the things humans most consistently botch is figuring out what the future will look like. Supposed thought leaders have predicted flying boats, rocket belts, steel furniture, nuclear-powered vacuum cleaners; moon bases and hovercars have been considered virtual inevitabilities; and the internet, personal computers and Apple were all, at various points, dismissed as non-starters.

Fifty years ago this week, Isaac Asimov imagined a visit to the World’s Fair of 2014: hovering cars, fusion power plants, moving sidewalks, robot maids, compressed-air transit tubes and colonies under the sea… or on the moon. Asimov’s 2014 looked like a cross between Futurama and The Jetsons, staffed by bumbling chore-bots that might be the offspring of Rosie and drunken Bender. Not everything in his famous New York Times essay is off-base – we did get video phone technology, long-life battery gadgets, and a world population of over 6.5bn – but these hits are swamped by misses. (One of his only correct predictions: “Robots will neither be common nor very good.”)

It’s easy to cherry-pick catastrophic blunders of futurism, like physicist Lord Kelvin claiming that heavier-than-air flight was impossible. But Asimov’s ideas were already common visions of the future, even in 1964: writers, engineers, thinkers and “experts” had been predicting hovercars and underwater cities for decades – and have continued to so for decades thereafter. Matt Novak, a writer who collects historical visions of the future, called Asimov’s predictions “shockingly restrained – unoriginal, even”.

Why not then outsource that to all those robots queueing up to take our jobs? Robots can analyze past employment trends, stock prices and consumer behavior; they can collect and interpret a database of human behavior that can, under scrutiny, point toward robust, evidence-based conclusions about how people respond to new household gadgets, new manufacturing machinery and the prospect of dealing with robots instead of people in a range of service industries. They probably can’t accurately take into account every nuance of human behavior – computers arealmost as bad as people at modeling the behavior of genuinely chaotic, turbulent systems – but they can do at least as well as the rest of us, if not better. 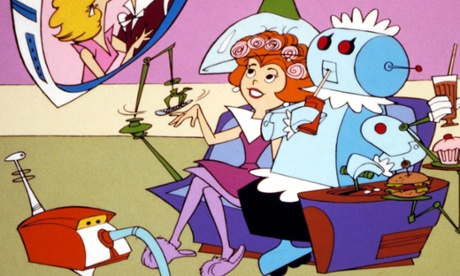 Visions of the future tend to be all about travel, new places to live and work-saving devices because it is a future vision for the leisure class. Photograph: Everett Collection / Rex Feature

Robots have a number of other advantages over human pundits, besides a better shot at accuracy. It’s easy to build robots cuter and more camera-ready than the average Silicon Valley bigshot – just look atKeepon, and then look at Tinder co-founder Justin Mateen, and tell me which one you’d rather see bloviate on a talk show. Robots don’t have any prejudices besides the ones we give them, which means … well, realistically, it just means we’ll give them our prejudices. But in theory it’s possible for a robot tech pundit to make a prediction free of privilege or bigotry – for instance, while Pew didn’t publicize the names of all its study participants, many of whom responded anonymously, it did list 30 “key respondents”, and only two are women. If Pew had polled robots, gender imbalance wouldn’t be an issue.

The future is desperately opaque, and there’s no better illustration than that Pew Research’s future-predicting experts can’t agree. The more we are clouded by human foibles and biases, the less obvious our future becomes. Asimov’s robot housemaids and flying cars are classic visions of the future less because they have plausible roots in existing technology, and more because they address the problems and needs and desires of middle-class dominant-culture Westerners, of which Asimov was one. That’s why his vision was all about travel, new places to live and labor-saving devices: it’s a future vision for the leisure class.

If you talk to a group of intellectual, largely college-educated, middle- to upper-class, mostly North American mostly-men about the future, you have only one guarantee: you will get an answer that orbits inevitably around the concerns of intellectual, college-educated, middle- to upper-class North American men. If you don’t, well, you’ll probably still get things wrong; we are, again, terrible at this. But at least you’ll get things wrong for everybody, instead of for a moneyed few.

I want to say researchers should radically expand the ambit of questioning – if you’re theorizing about the effect of automation on blue-collar jobs, talk to some blue-collar workers. Let’s take the reins of the future out of the academy, the lab and the boardroom, and see what matters to a representative sample of the developed world – and maybe even the developing one. After all, the potential of technology to slightly ease our #FirstWorldProblems is nothing compared to its potential benefits for countries that struggle with food, shelter, lighting and sanitation – not to mention the sadly predictable future reality that our fancy future robots will generate all sorts of fancy future industrial poisons in the countries that manufacture them, whether or not the robots themselves take over the manufacturing jobs. Let’s get a breakdown of those survey respondents that tells us how many are non-white and non-male, and let’s work to make those numbers reflect realistic demographics.

But that all sounds hard. Let’s just have the robots do it.