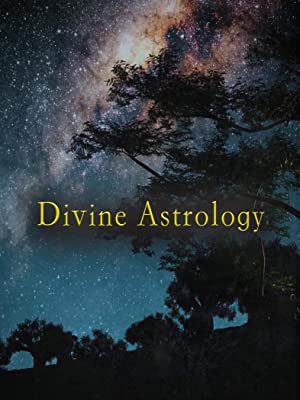 The World’s Cosmic Consciousness Is Changing!

Be part of the solution join the greatest spiritual movements blessing humanity today!

JOIN US TODAY SHOW YOUR SUPPORT!

Please help to reach the children of the future and introduce God’ signs so future generations can live a safer more productive life working in harmony with God’s celestial creation.

Hello my name is Dr. Turi. I am an Astropsychologist and I am taking you with me to explore the marvels of our solar system with the spirit, outside of the conventional science of astronomy and all religion. The Universal Mind is loaded with deep mystical secrets unknown to astrophysicists and many other academic institutions and the cosmic code is not for entertainment purposes but real and designed to offer credible answers.

I am taking you with us, to travel in time and space with the spirit where there are no limitation and no scientific or physical boundaries…Designed to breach the impossible.

First let me clarify the fact that; the science of Astronomy is a byproduct of Astrology; which is a much older discipline used by all disappeared civilizations such as the Incas, the Mayans, the Atlantis and the Sumerians to name a few.

Some of you may say…”I don’t believe in Astrology Dr. Turi,” but the fact is there is nothing to believe in the ancient art because it’s not a religion maintained by faith…

Astrology is only, a pseudo-science, to those who never took the time to explore how the Creator expresses its celestial will. Indeed the planets are much more than lifeless rocks hanging above…

Do you know that all the Popes of the past were taught astrology by the Vatican council and all secret powerful organizations have a full metaphysical/astrological knowledge? But they wont tell you that.

Yes one of the best mind’s in the world, Jordan Maxwell, will teach you the reality of Astro-theology and his wisdom is unsurpassed by anyone I know.

Yes, God created the stars in the heavens for more than the sake of beauty, he give them to us be used as signs and for interpretations so that we can live a safer more productive life…”

One must also remember “Knowledge is power, ignorance is evil.”

Do you know all the Popes of the past were taught Astrology by the Vatican council and all secret powerful organizations have a full metaphysical/astrological knowledge?

Yes, God created the stars in the heavens for more than the sake of beauty, he give them to us be used as signs and for interpretations so that we can live a safer more productive life…”

You should be able to raise your own Cosmic Consciousness and appreciate God in action through his celestial creation.

Entering the archetypal realm of consciousness to acknowledge and translate God’ divinity is not an easy task and can only be achieved if your natal UCI (or Unique Celestial Identity) is karmically set for you to be curious enough to deserve and assimilate supreme wisdom and own the golden keys to what it means to be human.

The secrets of the Universe are forbidden by God himself until you are ready to grow spiritually. “Ask and you shall receive…”

Incidentally this rare wisdom seems also forbidden to today’ scientific community and the the community at large, mostly because what cannot be seen does not necessarily means it does not exist and science will be forced with time to accept this fact.

Yes, scientists and skeptics alike are the ones who still challenge God‘s divinity, ridicule the old science and replaced the signs with numbers, hard logic and earthy measurements. They have yet to rise to a higher Universal language system called the “COSMIC CODE”…

Man – made down to earth physical laws allows for safety and order on this dense physical world. Yes you must stop at the red light and heed the signs society created for that purpose. Where science rule supreme, God’s universal cosmic jurisdictions are not yet acknowledged and ignored by humanity at large…Scientific or spiritual, divine or rigid, conscious or not, laws are laws and infringing any of them can only bring serious penalties.

As much as the Captains of the past navigated safely the vast oceans with the stars relying only on science which brought the Titanic and his precious human cargo down to his watery grave. NASA’s unawareness of the Cosmic Code rules brought also the premature demise of many courageous astronauts.

I created the same type of software as NASA uses, plotting the planet’s movements and the course of the stars but my methodology is very different, because unlike the Space Agency I am fully aware of the spiritual values involving those celestial bodies.

They all have very specific identities and are part of a Universal family that undeniably operates secretively in perfect spiritual harmony.

You are a child of the Universe and there are reasons for you to be, you are the essence of those stars, you come from those far away stars and this translate into heavenly bodies manifesting into earthly bodies.

I created this software methodology to put in perspective your personal road map of the Universe pointing out your destiny, your inner cosmic “immaculate” conception where all about your past, present and future, sins and virtues are written in light.

There are NO accidents for whatever did or will happen to you during the course of your life, are only “cosmic” circumstances science has not yet investigated and still unrevealed to the masses.

Yes, you were made at the image of God and you inherited the same eternal forward interstellar galactic motion, and this is why you future is nothing else than the reincarnation of your thoughts. Cosmic consciousness means also a chance to identify universally and to deeply understand your fellow human being, through love, respect and harmony. Once this is accomplished peace will reign supreme on earth.

I forgot to mention that; like the great Prophet Nostradamus I was born and raised in Provence France. I spent a good chunk of my life rekindling the Seer’s 16th century “divine Astrology” methodology.

There are so many questions about Nostradamus, so many unanswered questions about astrology, the psychic phenomenon, the universe, UFO, disembodied spirits, the power of the subconscious, dreams, omens, the tarot cards, reincarnation, life after death the supra conscious in time and space and so much more.

The incredible spiritual journey will take you pass the edge of the cosmos where God supervise eternity and hopefully will change your entire conception of reality.

With Cosmic Consciousness, there is hope to change the world.  Dr. Turi