The reality is the current Supernova window is still producing havoc all over the world and all I am trying to do is to offer you solid proof by posting the  deadly news and what was published in my 2013 Moon Power well before CNN proved me right once again!  This nasty window is operational for a few more days and I am expecting more of those dramatic news until then, thus …

BE WARNED IF YOU GET ON THE ROAD PLEASE AND PASS ON TOP ALL THE PEOPLE YOU KNOW – STAY SAFE!

EXTRA EXPLANATION OF A SUPERNOVA WINDOW ALL 2013 ARE FOR MY COSMIC CODERS AND POSTED AT WWW.COSMICCODE.DRTURI.COM

2013 Moon Power scepter – There is a concentration of negative celestial energy approaching so be extremely prudent while driving and expect chain-reaction accidents. Be prepared for delays, strikes, and nature producing awful weather, including hurricanes cyclone, earthquakes tornadoes etc. The same energy that produced the Titanic disaster, the Asia tsunami the Northridge Los Angeles and Kobe Japan earthquakes and major other calamities is approaching again. Remember the thwarted terrorist attack of August 2006 in the UK where the BA canceled thousands of flights just because all passengers did not check ALL handbags before boarding their planes. Those people did not have a copy of Moon Power Starguide and paid the price of ignorance and suffered serious delays and frustrations that could easily been avoided had they travel before or after those dates. Refer to Astro-Weather Service at the beginning of 2013 Moon Power and get the book to plan all your trips this summer… Your awareness and respect of God’s cosmic rules and heeding the signs is your salvation and safety! Knowing where and how the 2013 Scorpius Dracomus has in store for you mean also the difference between safety and taking chances with unseen forces at work! Get the books I reduced the price so everyone of my readers can be warned and make a good use of my rare cosmic wisdom. 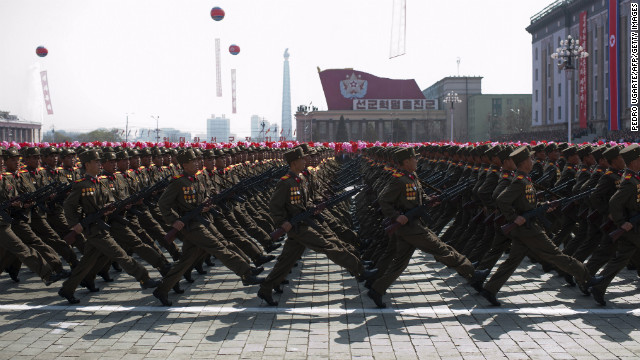 Join the cosmic code, be warned, be prepared and tutored on how to neutralize the forces of evil!

Because of the public sensitivity my visions of the future will be only offered to my  paying VIP’s on the Cosmic Coders Only group.

Now on to the good news about, yet another prediction I made  on the George Noory show back in June 2007 when I warned millions of his listeners of a “full re-structure of the US economy.”  I also mentioned to George that 2012 will be the beginning of the end of this nightmare. Sad enough George removed me from Coast To Coast because of my prediction of our Cosmic Unconscious President riding his Aquarius (altruistic/humanitarian) dangerous Dragon’s Tail and with it the real chances to attract his assassination. Yes the world is not ready for the undiluted truth vexing a religiously poisoned, gullible mass.

I did all I could to warn his “advisers” and even willingly put myself in a peculiar position with the FBI’s warnings.  The fact is “as predicted” the economy is showing serious signs of recovery and this uplifting has NOTHING to do with President Obama’s administration which is reaping the benefits… Yes the Universal wheel is turning  bringing about much more serious changes right from its own constitutional core. The US is forced by the Cosmic Code (God’s Universal Will) to DIE and rebirth itself stronger and better in the long run.

A wake up call is offered to the American population and the world at large watching the greatest country in the world being decimated by a cosmic unconscious leadership.  I gave the reader  a little taste of the things to come which will be posted for my paying cosmic coders only group. The predictions I have for the US and the world at large will transpire as the future has  proven me right in all my predictions.

The envious young soul may refute the values and exactness of my predictive gift all because they are ill fitted or unwilling to accept the facts I am presenting so obviously since 1991 in my well documented, dated, published broadcasted work.

George Noory has his own forced reasons to remove me from the media, reinforced by the many “Friends and Foes” complaints for being exposed as such. NO one like to be exposed for what they really are but as a true, gifted  human detector  this is what I do, all the while educating society using my expertise in Astropsychology. I can only attract those wise souls willing and ready to read and accept the undiluted truth and by looking at the endless river of curious souls joining the Cosmic Code website I must be doing something right!

I will soon produce the stars and fate of Hugo Chavez born July  28, 1954 and explain what his induced mission was and legacy will be. This educational material and predictions can not be divulged to the general selfish public unwilling to reward my gift while offering Godly information to what it means to be human. Its only when the student is ready that the teacher will appear and  the world has a very long way to go before appreciating Dr. Turi pearls of wisdom.

Below is a cosmic language only the few Astropsychology students I have can decipher accurately and depict how God cosmically speaks to his children. This cosmic regenerative fluid is the vital nectar all your children  spirit desperately need and are depraved of, and in the name of false information and a defective, incomplete education, your society is turning them into psychopath monsters.  I am much in pain to know I own the key to the mystery our infantile science blame on a defective “imaginative/made up” gene that must be the only plausible reason for so many deadly carnage.  I gave my best shot “In Memory of The Sandy Hook Elementary Shooting Victims” only a few perceptive souls can appreciate…

Dr. Turi; Dr you may be on to something here with Chavez death being fate? John  “Russian Communist Party head Gennady Zyuganov today demanded an international investigation into the death of Venezuela’s Hugo Chavez”