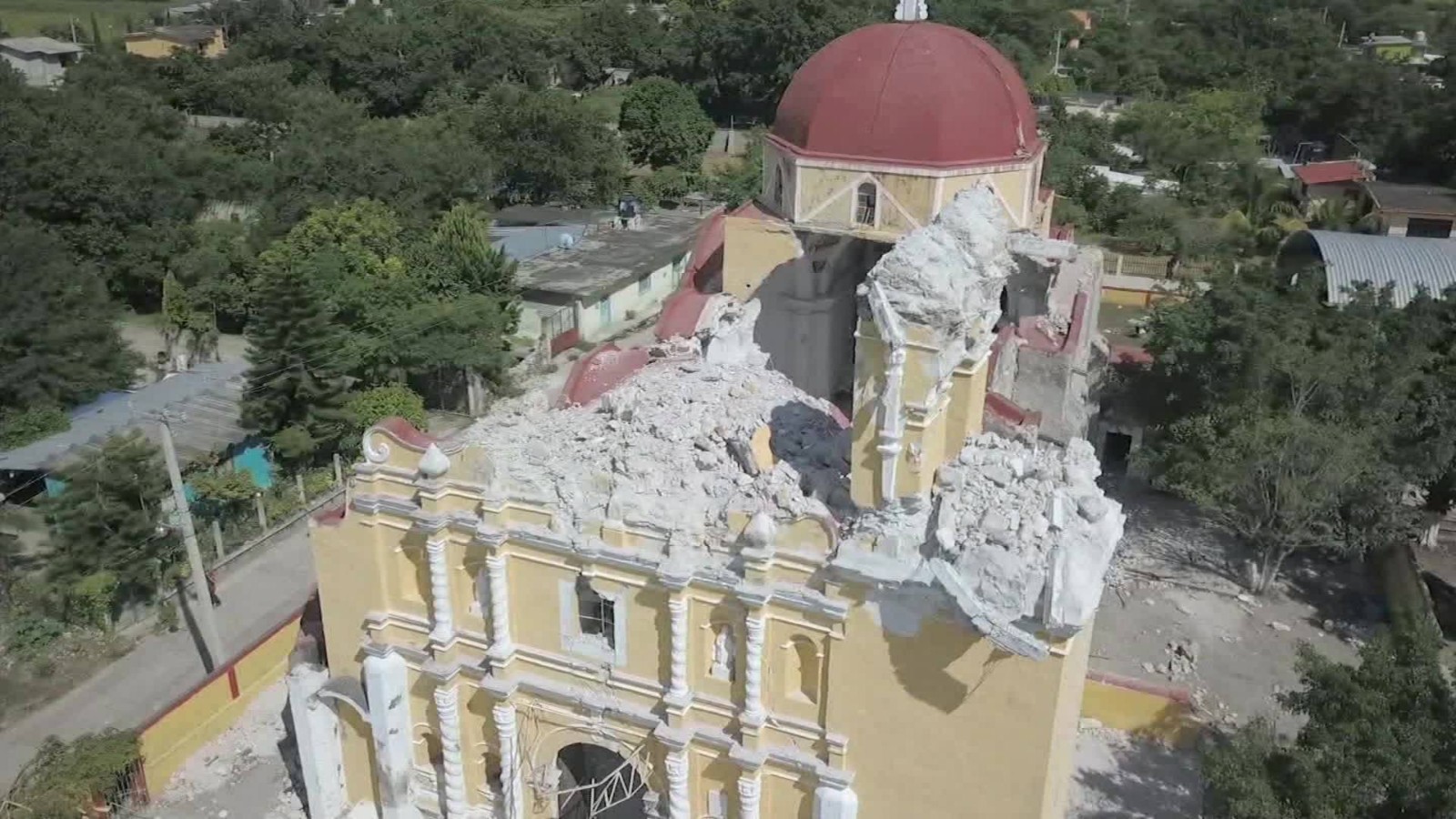 Twelve people, including a 3-month-old baby, were killed during a baptism when an earthquake hit and collapsed a church ceiling in Atzala,

This type of horrific news makes me wonder why God would pick a church and kill its  dedicated parishioners.  Is it the end of the world soon?  No do not fall for it. The end of the world has been predicted by cosmic unconscious Prophets wanna be  idiots hundreds of times, yet we are still here!

A COSMIC GOD SPEAK TO ME! Paranormal Central

Published on Jan 26, 2015 – Director Travis Hamilton and the movie “Legends from the Sky”, and also Dr. Turi returns with with MORE predictions after his prediction of a 6.0 or better earthquake happened on the date predicted!!!

Humanity still has a chance to make it if the wise words of Prophets are heard and God’s cosmic Divinity re-established.  Back on  Oct 7, 2013 I said to George Noory on his TV show “We have only fifty years” but, it could be more like five!   It all depends on how you support the cosmic fight!

The purpose is in the stars!

While  both very large quakes were fully predicted weeks ahead of time, the victims’ faith  will never change after those natural disasters!  Where religious deception reign, critical thinking is gone! Mostly because no one is offering those gullible, misinformed and uneducated people the truth about God’cosmic Divinity!

And be sure the  religious reptilius infected  matrix control all the information and set to grasp you at a very early age and lure you into the  pit of fear and ignorance and slave for them for the rest of your life.

It is crucial for the readers to  familiarize himself with my simplistic methodology, and while thousands of you read it before, with so many new readers landing on my cosmic work,  I will sound redundant to some…

Once again, this is how the great Prophet Nostradamus used to work,  he wrote  dark and confusing quatrains to warn the world of its impending fate.  Note also the Seer did not have a computer or a watch at his disposition five hundreds years ago.

Unlike Nostradamus I do not have to fear the Inquisition, or the religious  reptilius infected  leaders of the Dark Ages who succumbed to those entities psychical  “teachings.”  Thus my quatrain  below, is self revealing and so are the OBVIOUS chosen keywords!

Greed, wealth and power is what leads people to commit murder, to lie, to abuse, to inflict pain and control  other human beings through the  core and fabrication of all religions…

The reptilius hijacked the body, mind and soul of  the clergy  witch initiated and created its world wide  man-made religious folly!

Those influential people then,  were subconsciously driven  by those entities to create over 785 various religions , inducing separatism, fear and chaos upon earth.  Since then, religious wars have killed more human beings than all diseases and natural disasters combined!

The reptilius are everywhere and no one can escape their influences! They are in the clergy, in the government, in sports, entertainments, in all corporations and control the entire scientific community!

They produced atheism inducing more animosity against religious people…   Their agenda is clear and simple, humans MUST generate as much negativity as  often as possible in order for them to survive in the dark corners of our solar system…

You have the right to doubt my words but all educated scientific  or religious  assumptions  can never truly answer why  humans, this world  and nature is going mad…

Your natal UCI (cosmic vibrations)  already dictate if you can or can not assimilate or  even accept my claims, or if you will like or dislike me with passion!

Some  idiots will investigate readily available public  information, trying to tarnish my character  instead of  digging into the essence of my  undeniable predictive work!  The more accurate I am and the more obvious my talent to serve society with my predictions is; the more evil and self destructive they become!

Little do they know  that;  the psychical black poison running deep in their soul can only serve their reptilius masters! No one can escape their evil influences and all  destructive, negative human beings are oblivious of their own infestation.

An infected person will rejoice  greatly by inflicting pain to anyone they do not like or understand, not knowing the very negative flux they  are cursed to generate  for the reptilius is consuming their own atomic structure.

But the “subhuman” a word chosen to  classify an unevolved degenerating soul cursed by the reptilius, is primarily harming himself and not his intended target.  I am sure many of my readers are like me,  either  a victim or a perpetrator, and at this point all I can suggest is to get a protective talisman!

The  super charged positive cosmic energy collected in the medallion will give you the mental regenerative strength you need to immune your body, mind and souls, not only from the reptilius but all evil souls who dislike you.

Do not think for a second I am  immune to the reptilius possession, you can see the effects when I succumb and respond  to the constant vicious attacks using more intellectual venom against  “young souls!”

If you want this world to change, you must look at “the man in the mirror” and self-reflection mean also checking often at an uncontrollable, sensitive ego!

Yes when you are different or better than someone else, more successful, more intelligent, more compassionate, more productive, loved by a soul mate and secure all the way,  be sure “Satan infected  jealous children” will try to bring you down to the pit of dirt they are in…

Those  are often sick, consumed by dark forces, unproductive, repellent  infested people ,lonely in their hearts, and to make the situation worse they have a computer and too much time in their hands!

But escaping the reptilius jail is not an easy task and becoming productive instead of harassing others all day long is impossible for them to do!

The  universe imposed a total change in our lives, but we are  fighters and very courageous, persistent and smart! Against all odds and all evil,  we face all the challenges knowing soon,  the stars will shine again for us… From the high spirit down to earth and harsh reality!

There is no shame to feel when  dramatic changes are  imposed by the cosmic  code (God’ celestial will)   because at 67 I have noticed, those extenuating changes  end up being significant  blessings in disguises…

Being cosmic conscious  give us more strengths to deal with life and allows us to know when the Universal clock will work in our favor! And without  this cosmic wisdom, we will not be better than all infected subhumans who despise us!

Care to know what’s going on in your life and where those changes are imposed and when it will be over?  Here is your answer above!

It took me a lifetime to re-kindle Nostradamus’ 16th century Divine Astrology methodology  and  for years, I taught  students from all walks of life!  The the jargonized world of information superhighways (Google/Facebook etc.) modern astrology could never, ever compare to Nostradamus rare methodology  simplicity and accuracy.

But those corporations have the mean and the wealth to attract  and entertain millions of misinformed people. If you are ready and willing to assimilate the  astropsychology home course  email Teraniapromodir@gmail.com and in time, she will set you up.

As usual , it is important for me to leave a tangible, well documented and dated proof of my earthquakes predictions for a futuristic, more spiritually inclined generation.

MEMO from  “Be Ready for One of the Most Shocking Man Made and/or Natural Disasters to Curse Humanity!” 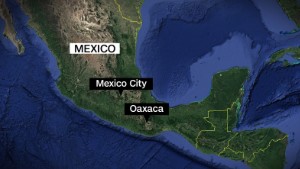 Note also the same exact deadly cosmic winds produced the  predicted magnitude 8.1 quake on September. 7th 2017 and my claim can only be justified if  you take the time to do the  investigation and read the dated quatrain!

There is no fees to join thousands of subscribers to the Cosmic Code website, ITS FREE! and get my newsletters, warnings, and most of all my SOS to the world deadly windows right into your mailbox!

Then later on, once you are convinced you are dealing with a real Modern Prophet, nothing stops you to become a VIP and let Terania and I offer you solid personal and universal (daily/monthly) guidance and predictions.

Do not let the reptilius infect and control your body mind and soul! The part of God in you (your will) is much stronger then those entities using all the destructive cosmic winds to create natural disasters and enslave countless  people from all walks of life into fear and to behave emotionally, irrationally  and destructively.

The reptilius are winning the battle against humanity and no one supports or pays attention to a modern prophet! Galactic Federation Grand Cosmic Order

BECOME A VIP, BE SMART, BE INFORMED, BE GUIDED ACCURATELY!

The Magical Power of Talisman

Dr. Turi is a proficient author and a captivating speaker, his profound Universal Wisdom astonishes everyone. He was recognized in the 2003 Marquis “Who’s Who in America.” Dr. Turi is the personal counselor of many celebrities, Ivana Trump, Peter Fonda, Gary Busey, Denis Haysbert, John Gray and many others. Dr. Turi is a favorite guest of George Noory on Coast-To-Coast AM radio and the BBC in London and appeared in numerous television programs worldwide.He speaks of the cosmic face and celestial tools of the creator and warn the world with undeniable well documented undeniable predictions. http://www.youtube.com/watch?v=4BX3TzPUt08

View all posts by Dr. Turi →