Well this is it, another of my last public cosmic code newsletters and with it, the ultimate proof of all my claims offered to all my readers. This include all skeptics, atheists and agnostics alike! The full extend of my last February SOS to the world window and the proof of my predictions are available to those willing to watch this video.

Sad enough when you are special, people can only admire you or reject you and this is why Dr. Turi is never invited like he used to be, to talk about UFO’s and warn the world of its impending fate.

Even in  my own town in Phoenix, “The International UFO congress Administration,” attitude never shown much of “An Open Mind Production” with Dr. Turi.

Can you handle the truth? Read more “UFO Conspiracy against Dr. Turi”

Check the double results of my predictive legacy!  –  Listen to my 4 UFO experiences

I was invited by the new “The International UFO congress Administration” management to speak on my UFOs experience prior to the big conference  at We-Ko-Pa Resort and Conference Center in Phoenix AZ.

A small room with about 15 people were invited, and after explaining my 4 UFOs experiences in great details, I concentrated on the “mission” and started talking about the stars and the fate of humanity.

As soon as the focus on UFOs was taking away, I realized the people and the management were losing interest… Indeed my cosmic teachings were much too intense and when you start asking people to think, or exit their comfortable non existing intellectual zones, it becomes too much to ask!

While I took a long time explaining the reasons of  those incredible UFO’s experiences, including the mission I was cursed to deliver humanity, I knew the majority of those people intellectual capacities to handle divine information were mediocre at best!

After the experience “The International UFO congress Administration”  who vibrate much at the same low intellectual capacity as the idiots who were facing me, they never invited me again to speak about UFO’s. And this is OK with me because like the majority of the world, they were and still not ready for my cosmic teachings!

When you realize the majority of people in the US attended Super Ball and the same herd is endorsing Donald Trump, there is no wonder I have lost fate in humanity!

“A brainless herd is not only an easy target but a dangerous rogue force imposing changes for the sake of changes.” Dr. Turi

I made my point, I proved my worth and I have much more critical articles to write for you. But remember, only if you “vibrate” at my speed of light “cosmic identity,”  will you be lead by God’s Cosmic will to join and enjoy the rest of the undiluted truth. Or all my future articles about the physical and spiritual worlds you live in…

As of my birthday all I will offer the public  is only short bulletins from my new Nostradamus psychic FB page!… I know I wrote this sentence a million time before, but it is worth for me to offer you more proofs of my uniqueness, and the predictive cosmic gift delivered by the ET’s  themselves above the city of Los Angeles August 11, 1991?

Note my warnings to what would take place during this cosmic wind were also offered January 25th, 2015  in Paranormal Center and in my article “Hello Police, DSH, FBI, CIA, NSA are you paying attention?“

And all, well before the video was produced, indeed the future proved me right once again. 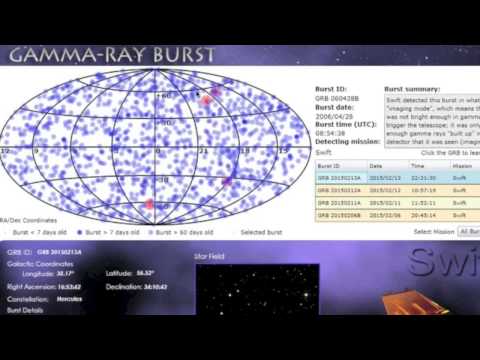 (February 23rd, wait for this one to get more proofs of my ET’s predictive gift and legitimacy)

The fact is I predicted every single large quake to the day in my SOS windows since the beginning of 2015. You can also check on all older predictions of very large earthquakes that took place over the years! The atheists hate me for it! Don’t you think science should look into my work instead of ridicule it? And this is why I sool will stop giving my pearls to an inconsiderate idiotic mass of morons and concentrate on my VIP’s instead!!

You aint gonna get much about the cosmos true spiritual purposes afflicting humanity and the wildlife from Charles Darwin, Carl Sagan or Neil DeGrasse! Do our infantile science and all atheists think they knows better than Tesla and Dr. Turi?  No they don’t! 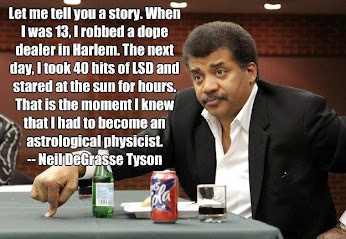 The world is mislead by a bunch of educated moronic idiots

Who cares about Mars or Astrophysicists explanations of physical universe humanity can not use? My work helps anyone, everyone smart enough to assimilate and use my work! Dr. Turi teaches, when the planet Mercury (communication) is retrograde, it affect the whales inborn computers (the brain) negatively and lead them to the beach instead of the open ocean!

Agnostics, skeptics and atheists alike do not have the curiosity nor the brain power to assimilate this fact and accept Divine Astrology as a reputable science!

Animals and birds are all granted an inborn “GPS” allowing them to navigate to their destination. Dogs use smell, birds use the magnetic forces (or the Sun) while bats use sonar or echolocation. Our spiritually destitute infantile science attribute the results to those senses but, there is much more  about the “brain” or animals and human they still have to uncover.

How can a little dog smell his particular owner odor in a city loaded with million of others smells and tons of exhaust fumes, knowing when she was transported by car to the hospital?

Tires do not leave human smell on the road!  The same phenomenon apply with my own brain trained to read the stars and make unarguable predictions so many “young souls” can never accept nor comprehend.  Support my mission to honor Astrology like my page Pls –

While tried since 1991 to convince the scientific community, the police and the general public of the worthiness of my cosmic work offering an endless proof of predictions the controlling educational and religious matrixes authorities did not and will never budge.

But, all along I did not waste my time and left an undeniable trace of my work that can only serve the future and those who are looking for the truth outside of this humongous conspiracy.

While I gave my best shot for so long, all I got from the general public is dismay, enviousness, acidic and ridicule… Only a fraction of  a rare breed of human beings are able to decipher the genuineness of  my UFO predictive legacy and joined my VIP’s list eager to learn more about  the cosmic code jurisdictions.

I knew the “soul of the Cosmos” and a cosmic God would never let me down, it never did!  I patiently waited for the results of my public appearances on Paranormal Center to unfold, while battling idiocy and egocentricity all along…

I knew by February 18, 2015, the date I gave to the public for my own liberation, all my predictions would have unfolded and offer the ultimate facts to the public. I also mentioned when this happen, you will be left with the choice to join our spiritual family and get more cosmic guidance from us.

I knew there was no need for me to go back on Jeffrey and Allen great radio show, especially  when the Youtube video above offer such undeniability of my work! All because my UFO extraordinary experiences.

I don’t think so, thus its up to you now to show your support and become a part of the truth!

May my Cosmic  God bless and protect all my readers…

Please share our work, on February 18th, my educational cosmic code newsletters will end reaching the media. Only those who ask will receive my cosmic pearl of wisdom because divulging such high truths is not for public consumption anymore!  More than ever, humanity need my cosmic wisdom but the news media reporters themselves are shutting me down.