While the French used the real topless picture in the national news, the puritanical US censorship will never let the public  see this type of show taking place on the beach because of its nature is offending “pornographic” to many!

We French people can only laugh at the archaic attitude of a religiously poisoned or proper puritanical type of America for not being able to appreciate the physical and mental beauty of all women. Then again, there is a time and place for everything.

This type of ISIS (exaggerated) thinking  enunciate how far back America truly is, all because of religion…  But the purpose to use this picture today is not to promote pornograpy,  but to refresh the memories of our older and new readers of another undeniable prediction I made and published in 2011!

In fact, because I honestly posted some of those pictures on the Internet,  many young souls complained and reported my articles in the many groups  is used to write for. In the process  I have lost hundreds of thousands of readers. Combined with the electronic conspiracy maintained by Google, Facebook, Twitter against my work,  millions of readers are prohibited from accessing my endless educational cosmic articles.

My enemies also forced me out of Wikipedia, Examiner, Ezine Article, Article Base and so many popular websites but YOU are not a target of those controlling matrixes and this is why, you are my only mean to bypass this electronic warfare and help me reach more people by sharing all my articles.

You must realize readers, that the religious and scientific matrixes are controlling all the information via TEL.evision  and will never divulge the reality of UFO, or ever consider producing a television show on Nostradamus Divine Astrology. And while I spoke intensively about UFO and religions in William Shatner’ show, ALL was removed in the editing making this show permissible by the controlling intertainment matrix.

All I can do is to keep asking our supporters to join us in the mission and invest in my cosmic wisdom. Many talking heads may be on TV talking about UFO and famous physicists “teach” only the rational cosmos on TEL e.vision.

They might own the stage of imagination with UFO but none of those producers own a real predictive legacy as mine. I have been discarded by all UFO organizations and even the CTC am program because I speak the undiluted truth that too many people can not handle!

YOU ARE MY ONLY HELP, MY ONLY AVAILABLE VOICE AND TOGETHER WE CAN CHANGE THE WORLD  AND WE MUST BECOME A FORCE TO BE RECOGNIZED!

Many try to mute me but my wisdom will never become instinct because all the cosmic glory  and wisdom I own has never truly been wasted as I have helped many and still do so. While many choose to mock work, it isn’t a lost day because soon I’ll retire and be having fun.

You do not have to be a genius or a prophet to know humanity is already living on borrowed time. Or watching crazy fanatics groups like ISIS who are recruiting lost souls without much efforts and while  weed has been legal in many places it has yet to grow and millions of Americans think it’s the only way to forget reality. Forgetting realty is the biggest part of the problem.

Humanity psychicaL self destruction can be stopped BUT WE CAN NOT DO IT ALONE!

Your commitment, self sacrifices, hard work, dedication wishes for your children and hope for the future will be wasted, if you keep avoiding the truth, and trusting a false God, pot or your infantile science.

My predictions while terrible are very real and you know it because I spent enough time to prove my claims! But regardless of all my efforts there hasn’t been much action leading in the right direction.

Each passing day without concern is a confirmation of all prophets of the past, but I know God did not put us on earth to experience a suffocating end. If I was right then, right now I will be right again in the future…

Because the future is nothing else than the reincarnation of the thought!

ATHEISM the death of your spirit and your freedom!

Twenty years of the reign of the Moon having passed,

Seven thousand years and another will take up his throne;

When the sun shall complete its weary days,

Then accomplished & proven will be my prophecies.

In this poem, Nostradamus tells us that in the Last Days all his prophecies will finally be proven true.  Unfortunately it will be too late for them to benefit anyone in a highly skeptical and doubting modern world.  The Seventh Millenium of mankind’s civilized existence on this planet witnesses an age of high technology and amazing scientific achievements.  God and His prophets are soon relegated to a rather insignificant position in a world more concerned with following its own path to perfection. But do you see any similarity when I wrote this?

“The future has and will always be my utmost faithful witness.”

Note: Those Predictions were posted November 15, 2011 to the public YOU ARE SO RIGHT DR. TURI 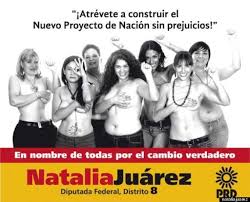 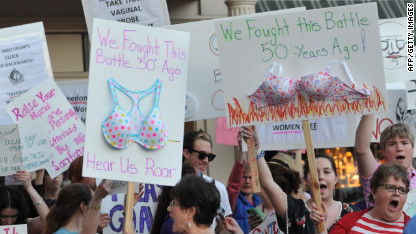 Back in October – during our first week of shows – we noticed this strange trend: Naked and pregnant women occupy the cover of magazines a lot.

Dr. Turi on the reign of the Dragon in Scorpius Draconis APRIL 3, 2013 BY: JEFFERY PRITCHETT

In order to build cosmic consciousness you must go back to 2013 and read all the predictions and more on the Scorpius Draconis  winds and realize its impact upon the world!

Then you must read all about the current 2015 Arian Draconis  deadly effect (ISIS/fires/wars)  then read about the upcoming 2016 Neptunius Draconis. It is only by bringing the curious readers “back to the future” that cosmic consciousness can be reached.

For various reasons, skepticism, atheism or inserted religious fears some people born with a latent UCI,  need to be coached into the cosmic code in a timely manner to appreciated God cosmic Divinity and realize the true purposes and secrets of the stars…

A non curious, rational or religious UCI does not mean those folks are necessarily all irrecuperable idiots because only donkeys do not change their mind, and human are not primitive animals…

Meantime a very low UCI will steer the dangerous subhuman “born killer” to respond to an overwhelming passionate, aggressive, over emotional chart!    Indeed there is much to gain for the police by mastering the science of  Astroforensics especially for the well being of the children of the future.

But it may take years for the US Department of Education loaded with “educated” rational and/or religious souls to realize the true potential of my work and its future blessings upon the world.

Only cosmic education will bring peace to the world and in time, will replace all religions of the past.