The link and full elaborated predictions from “Dr. Turi 2014 – 2016 Arian Draconis Universal Predictions is not public any longer and will not be reinstated. The set of 25 major predictions for 2014 is only available for our VIP’s. Be ready. Be informed. Be prepared as my predictions always come to pass! Join us today!

“Time has and will always be my utmost faithful witness” Dr. Turi

5 lessons for a new Cold War 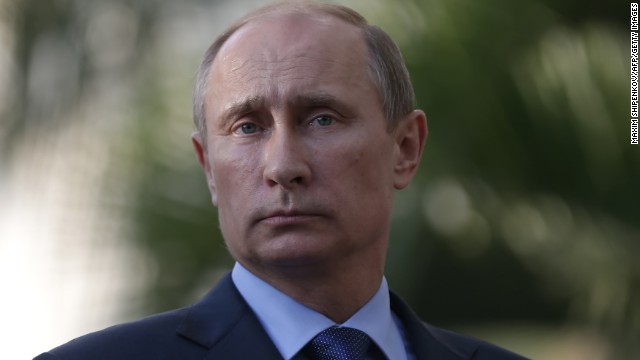 Posted to the world September 10, 2013 – Obama Has Already Declared War on Syria, Russia and China  (VIP only – Those newsletters are not available to the public any-more)

Posted to the world September 14, 2013 – Russia, Iran reach deal on Syria for future war with the US (VIP only – Those newsletters are not available to the public any-more)

Posted to the world September 13, 2013 – Predictions – Vladimir Puttin A Plea for WAR From Russia  (VIP only – Those newsletters are not available to the public any-more)

Here is a little sample of things to come for the public!

“Expect shocking developing news on March 25/26/27 and the following days, 27/28/29 will  speak of the possibility of  terrorism AND VERY DRAMATIC DEADLY NEWS IN UKRAINE.”

DO YOU REMEMBER THESE ARTICLES?

HOW MORE PRECISE CAN I BE? CAN ALL THE SCEPTICS, ATHEISTS AND ENVIOUS YOUNG SOULS ALIKE ADMIT MY GIFT IS REAL?

Dr. Turi’s Predictions and Why Hillary Clinton Won’t Run!
SOS to the world Prediction – When will the war start?

Isn’t it time for Hillary Clinton, President Obama, Vladimir Putin and the world at large to heed Dr. Turi’s 2014/2016 Arian Draconis Predictions? This is where you should warn the world with my predictions and of its impending fate! There’s a chance the course of humanity can be altered by praying for a positive diplomatic alternative…

THE WORLD HAS NEVER BEEN SO CLOSE TO A DISASTER  THAT WOULD MAKE THE SIXTIES CUBAN MISSILE CRISIS A JOKE!

In “SOS to the world Prediction – When will the war start?” I offered my readers (and the skeptics) a set of dates starting today  accompanied by a quatrain and some obvious keywords preparing and exposing the beginning of a new era for Russia and the world at large.

Indeed the beginning of a new “Cold War” has started but rest assured there will be some young envious souls still unwilling to perceive and accept the obvious fact!

THE MOST CREDIBLE PREDICTIONS ON THE INTERNET

The end of orca shows in California?  the end?

Indeed my vision for the rebirth of the invading ruthless spirit of Hitler speaking his will through Putin  is taking place. “2014 Arian Draconis” The momentum subconsciously reflected by Hillary Clinton’s own words “Hillary, Putin’s no Hitler” also spoke of the reality of my predictive gift and now what’s next? There is two more days to go but it is now up to the new readers to judge if; yet again, I can be trusted making any form of predictions… This is NOT good! U.S. warship crossing into Black Sea.

Is there anyone else in the world offering you not only the option to prepare for a fast changing world and do it precisely with undeniable dates for ever sealed on the Internet?  Should I be perceived as an egocentric for exposing the facts with my premonitions when profit, lies, imagination, speculations and nonsense replace cosmic consciousness?

Are you wondering why more and more people are joining the Cosmic Code website and become VIP’s? Where else and who else in the mass of New Age “Talking Heads” you know, read, follow, trust or learn from does what Dr. Turi does so perfectly?

And you wonder why sSo many people are afraid of me, my talent and the immaculate values of my work? And you wonder why so many insecure people, such as “gregg prescott admin@in5d.com Confronting Humility?” removed Dr. Turi from his website and keep muting me?

And you wonder why my name has been erased from Wikipedia and why my articles have been  removed from so many  popular blogging websites? Indeed there are plenty Putins in this country trying to block my voice and acting out exactly as he does, especially when the truth is concerned! US and Putin Gestapo at work!

Indeed the conspiracy is very real but the reader is fully capable to realize the type of competition I represent to their readers, because once you read or watch Dr. Turi once, he does make a lot of sense…

AND THEN MY WEBSITE WAS HIJACKED FOR MANY DAYS?

With Vladimir Putin’ actions, position and ego in place resulting in the re-birth of yet another cold war the world has serious reasons to be scared because the Russian dictator has a lot of friends in the Middle East aiming for nukes!

Currently the nasty Tail of the Dragon is totally against America and back September 12, 2013 when I wrote “World Predictions – Vladimir Puttin A Plea for WAR From Russia” I was once again well ahead of CNN.

The next couple of days are going to be critical but for any action there is ALWAYS an equal reaction and once again I am asking my readers to pray for peace in the world.  What will President Obama decide to do? Will he fulfil his mission to save or destroy America image to the world? Indeed when I wrote February will be his worse month as a President Dr. Turi was right again

“All I can assure you is the Cosmic Code will force President Obama to experience a terrible time next February! (Note – the Ukraine /Russia dilemma started in February!) This is not a wish, this is not my anticipation but me reading and translating the Cosmic Code.

Now is it decent for me to predict all HELL will broke lose soon between Russia and the US and all their allies? Or should I only share my visions with my trusting VIP’s? Will President Obama realize he was chosen by God himself to reinstate America Leo Head Identity as the supreme world leader for democracy or let it be destroyed by Putin and the forces of evil?

All I can tell you is following  March 8/9/10  Putin will be forced to make the most important decisions of his life, for his country and for the world at large…

This article is far from being completed with the predictions I MUST share with my VIP’s and because of its crucial content,  and both the US and Russian Internet secrets services,  in no way will I make it public…

THE WORLD HAS NEVER BEEN SO CLOSE TO A DISASTER  THAT WOULD MAKE THE SIXTIES CUBAN MISSILE CRISIS A JOKE!