“If we use mystical arts for entertainment purposes only, without offering rational information on its dynamics, how can the average person possibly distinguish the art and science of divine astrology  from pseudoscience? ” Dr. Turi

From Peter Egan Cosmic Code VIP.  “Dr & Mrs. Turi Congrats. The SOS today Nature Strikes has a 48 hour window on each side, which easily covers the massive Forest Fire raging out of control in California.”

The most destructive fires in California’s history and the return of Hitler’ spirit will curse America – Predictions published  June 8, 2013 – Who can deny my well documented, dated and published visions for America?  I spent much of my 69 years of life rekindling Nostradamus 16th century methodology with the difference that; I do not have to fear the inquisition. Thus my quatrain and keywords are quite obvious and undeniably accurate!

Read also SOS to the world deadly windows for November 2018

READY FOR THE NEXT SOS TO THE WORLD DEADLY WINDOW? I offered those dates November 26th and December 3rd 2018  on Youtube http://drjradiolive.com/ to prove my UFO’s predictive legacy to be real to the world!

AS PREDICTED ON RADIO

The current SOS to the world deadly window is all about the “beginning and ending” of important phases of life and everyone is affected! So watch out for who you meet, deal with, sign because the world “EU leaders endorse Brexit deal” and many people will be forced into a new life!

“Time has been and will always be my utmost faithful witness.” Dr. Turi

The astrophysicist and TV personality was accused of rape last year.

Well it looks like the title “Neil DisGrace Tyson, The moon is a planet! “ I used back in January 2015 speak of the real power of predictive Astrology! Maybe “Mr. Disgrace” should have read my predictions  ” The reptilius are after famous people and your children!” and so many big names so far have fallen from their high tower of fame and fortune and this is just the beginning…

Please comeback to witness the results of my visions and remember those 2019 SOS to the world windows are available to the public so you can avoid those deadly winds, plan and travel  safely.

The Mars Cult Society A Deadly Proposition – Secrets to light?

ON TO THE ORIGINAL ARTICLE WHERE I PREDICTED THE CALIFORNIA FIRES  and the returning of the spirit of Hitler cursing America YEARS AGO! 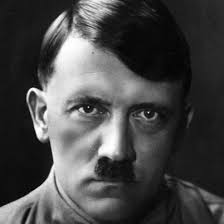 MY LEGACY OF DEATH AND DRAMA WILL RETURN UPON EARTH!

I certainly have no joy witnessing the dreadful predictions depicted in the quatrain below. When I saw “tomorrow,” I thought many “young souls” will ridicule my visions and in the process of warning my readers,”Dr. Turi’s USA Universal Predictions” I was fired from all major popular websites.

WE the people have elected President Trump and he was born with a UCI dragon’s tail (negative) in the sign of Sagittarius (all affairs involving foreigners/foreign affairs and foreign lands.) Consequently the entire world is now forced to suffer and experience the stars and karmic fate of the most powerful man on the planet! My work is NOT political but spiritual in nature thus realize that electing any President .i.e Hitler, will force the entire world to experience this karmic soul’s fate! Read more – Donald Trump President?