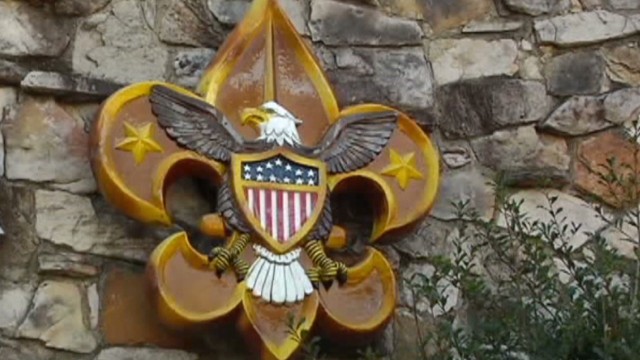 For Southern Baptist pastor Tim Reed, it was Scripture versus the Scouts. “God’s word explicitly says homosexuality is a choice, a sin,” said Reed, pastor of First Baptist Church of Gravel Ridge in Jacksonville, Arkansas. So when the Boy Scouts of America voted to lift its ban on openly gay youths on May 24, Reed said the church had no choice but to cut its charter with Troop 542. “It’s not a hate thing here,” Reed told CNN affiliate Fox 16. “It’s a moral stance we must take as a Southern Baptist church.” Southern Baptist leaders say Reed is not alone.

Yes Southern Baptist pastor Tim Reed is part of the 99/09% of the moronic mass of religiously poisoned cosmic unconscious human beings unable to  “read” the zodiac signs who erroneously thinks homosexuality is a choice… Yes indeed another God “expert” who has absolutely no clue of God’s new reality, new face and his cosmic will is all about and my upcoming prediction starting 11/2015-02/2017 for the End of All Religions.

The current Scorpius Draconis is forcing the “sub-human” to act foolishly and drastically forcing a re-birth of its inborn latent psychical tools following nonsensical / abusive acts. Yes the predicted re-structure of the IRS/FBI and its abusive members thirty for control and power are finally and painfully  learning the same lesson but it took months for my predictions to come to pass… So what Baptist pastor Tim Reed need is; like the mass of cosmic unconscious God fearing lost souls is TIME! For the cosmic clock and God’s universal will  in unstoppable and his children MUST learn, right here (on hell!)

This is very sad for those human beings who were karmically “computerised”  by God himself to experience other human beings cosmic ignorance and humongous stupidity!  Please if you know someone gay forward them this newsletter and ask them to read more about themselves because there are people who do not discriminate nor judge others for being only human. Your mind “experts” your scientific community nor your religions will never offer you the golden keys to what it means to be human! Instead their induced fears is not match and their cosmic ignorance lead them all to become righteous and judgemental.

In a world where political leaders assign themselves to religious archaic convictions and trust our infantile scientific community only extreme stupidity can plague the rest of humanity.