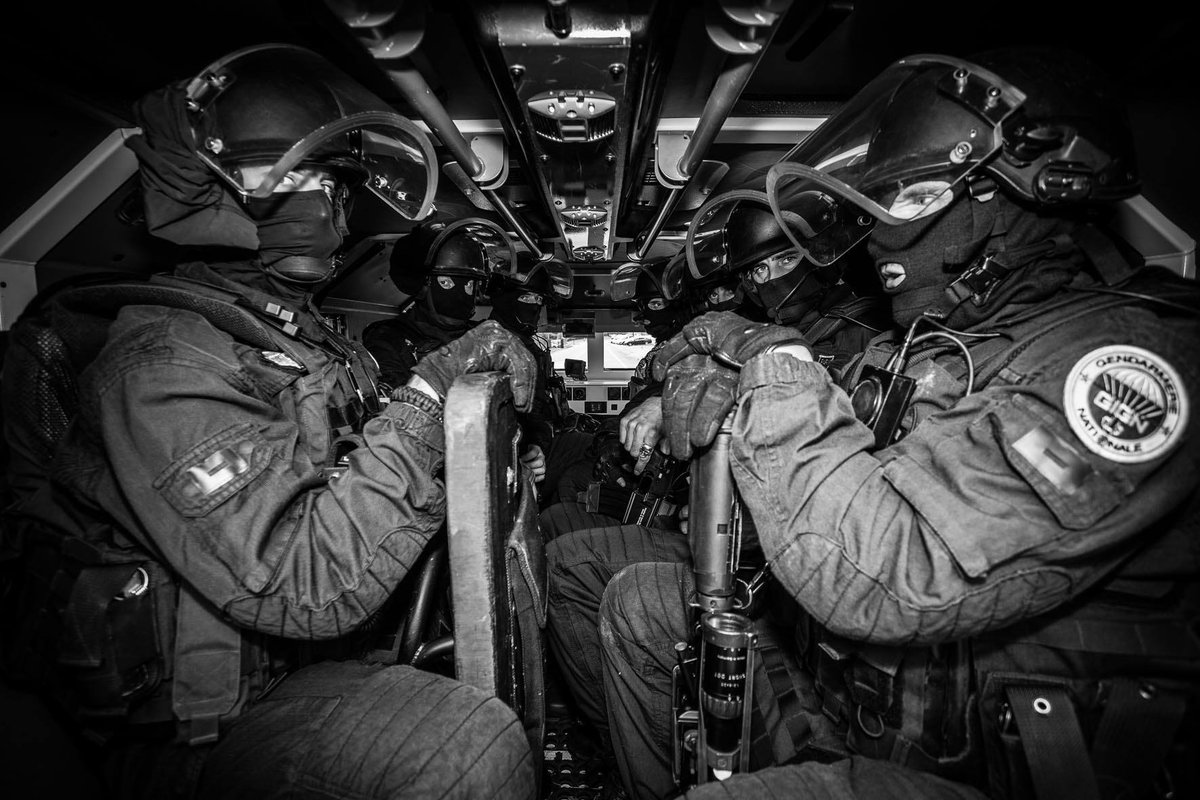 Indeed my husband latest SOS to the world deadly windows of November 10 and November 18, speak the truth so many can not yet grasp!  The dates he channeled from his inner Draco he offered to the world should be heeded by all especially when we’re having more and more terrorist attacks. So far who can deny this accuracy?  November 10, November 18, November 28, December 8  December 21 and December 27 2015.

Much of the world is being further prepared for much more mis-conception than one may think…Just as the term “Lucy” is short for “Lucifer” and yet another term of expression used to describe something much bigger. He/She is using the same intentional untruth, as used with Adam and Eve (really the fruit of knowledge / tree of life – the Cabala) – in the sense that certain alien species will make people much more knowledgeable and quick witted.

Like so, there is only one genuine basis of one’s origin and you either are born with the knowledge natural to the senses already or you believe in something else. But what we know isn’t a belief system…It has always come naturally to the senses.

Thus; it’s important to not believe in or give one’s consent to receive something from those negative forces which are being created everyday and it’s all from the mis-use of the supra – conscious in time and space… Just as any other manmade dogma is and was.

I mean, everything is the way it is because of the way it was and has always been. Then again, not everyone is born with a mutable mercury (reasoning mind) position in order to think outside the cupid and are rather fixed in their ways with their Neptune ( Ruler of Pisces: imagination/deception/ religion/ chemicals and the SOLE BASIS OF THE WORLD) – position out of order along with certain other celestial aspects in their identity acting all at once to endlessly feed evil, guilt, fears.

The only challenge is oneself and as self = whole, this world will never rise up to the consciousness that the true solar cosmic divinity intended because while 85% of the people are “blinded” by their own inner solar system, there are may be 15% may be called upon, and if lucky there may be only 1-5 % who get it. But that will still be too many left whom are filled with lust, gluttony, greed,laziness,wrath, envy and pride.

You know, they say violence is king but it doesn’t have to be of course, though it seems everybody wants to rule the world. And people are people?… When so many get along in such a grim way.

What it is; is that they’re fighting their spiritual hidden dragon’s polarity, representing man and the snakes lost wisdom each one holds within.

Call it Ophiuchus or not. By any other name, it’s nothing new and has always been around.

It’s just that scientists and self styled system of folks like to come up with new names for everything when it is all one dark cave leading into another just to get people all excited and scratching their heads.

Though it seems the confusion will never end until all are willing and able to start from the primary source of the subject inborn representation and sun self and at the same time; are able to recognize past the mask of persona, while focusing on the older disciplines together with the present… As one is every sign on the belt of the heavens divided into twelve equal divisions. And for every one, there is another in its opposite.

This method makes for the most accurate translation, as well as a suitable way for new growth or experiences to be given to the soul in order to move into the future… Because life is eternal and staying in the past alone won’t get you ahead.

It’s a cold block of ice to break through and only up to you to uncover the hidden elements of your innermost self and use all together suitably without a cruel aim. If not in this life, then better luck next time around but the future generation will stay where it’s at unless more of the population generally agree upon the same value.

And this is where I see the situation at its boiling point because there are well over 875 different religions and belief systems as well as more being created each day due to centuries worth of hog wash. And you can’t make anyone do something it simply refuses because they will either blow themselves up in front of you, ignore you debate until hell freezes over or take your head like various fanatics.

This perpetual fires which have been dangerously out of control are already so cold that this inferno is fed up and on its way to exterminating itself or becoming the ice age…Blame it on the great malefic (Saturn) and those who continually tear down and tear down thinking they are rebuilding stronger and better when they are actually building more and more fears.

So what it comes down to is that while some things are better left kept to oneself – otherwise be chewed up and spit back on the soul… Because you can’t separate the forces of nature. One also need be cosmically aware that where there is good there will always be bad (black/white, man/woman, yin/yang, up/down, black/white etc.).

And this said; there will always be people in which that the more they know, the more they will use to manipulate others. It’s just the way the world is set…And it’s Neptunian to think otherwise.

Just as the masses think that Jesus or some other man made God is going to save the world.

No. One has to save themselves.

Thinking the other way only causes further destruction of the planet and putting one’s trust in one man when we are all God’s children…We’re all one. No one is, will be or ever was more perfect than the infinite spirit; nor will ever be above the infinite spirit.

As above, so below and all is all and all is that…Period. Dying in the name of religion. Everyone is sitting on the wrong end of the broomstick then and they want to burn us at the stake?

The majority of society are all bad witches and aren’t even aware of it or don’t want to admit it to themselves so they pray in private to their other side while using that source as a license for all their wrong.

It’s ridiculous from Christianity, Baptist, Catholicism,Judaism, Mormonism, Buddhism, the Pope, atheism, cults, all the way down to ISIS and other mis-leading gurus. And it’s all the same type of thought process not in the best interest of the planet also being funded by the financial institutions.

Look, at the same trademarks and routine being used by those who have authority as well as those under them  that support them and even if you don’t you still obviously aren’t trying hard enough to under*stand….Well, thoughts are things and “the future is the reincarnation of the thought.”

Face it, every ideology is part of the same study of the movements and relative positions of celestial bodies interpreted as having an influence on human affairs and the natural world; for as much as they are all part of the branch of the art and science, that deals with celestial objects, space, and the physical universe as a whole.

And it’s all the same for as where mental characteristics or attitude of a person or group is concerned but it’s these values being abused in the name of evil and ignorance that kills and will further kill because the Power of the Dragon has been lost whereas so has the true essence of nature.

If people can’t handle the truth, then continue to bow down to your holy book, or kiss and bow beneath your statue, take your drugs and drink to temporarily forget or eat yourselves fat and silly trying to cover it all up with something else you are using as your emotional blanket.

Go ahead and live in your lack of knowledge and information if you think that is bliss and that is fine with me because it’s your life but the fact is that your demons are destroying you , your soul, those around you and the infection is further spreading over the entire world and YOU are deluding yourself if you can’t at least admit it.

Or shall I say that many of you (not necessarily you reader) but many are hanging themselves on their own cross if I may since so many wear the cross around their neck as if it is something to be proud of.

Well, maybe it is that…After all, YOU are causing “YOUR INNER SUN;” stemming from (DRACO) to be nailed to the zodiac; burying yourself and our planet deeper in the hole in the name of your creed.

Allowing yourselves to be prisoners of the spirit because those in charge of the mine will not dare to let the cat out of the bag and they like to keep people there and those people are endlessly feeding them making them richer.

That’s why our administration and many of those who are part of the power / social elite will always be more ahead because like the saying goes: “How fortunate for those that they administer don’t think!”

It is our government, the media and the police that all act as one…Don’t be fooled! What glitters isn’t always gold. This is a school plain and simple. A long or short ride through HELL my friend but it sure don’t make any one of us a saint I’ll say, though there are those who wear their halo a lot more straighter than others.

People must do their homework because sooner or later Mother Nature will kick in and take over since there is so much the Great Mother can take.

If people don’t willingly want to learn to find the “UFO” within and act in balance accordingly eliminate the build up of their bad habits, weakness, fears from their past for which has followed them into this present incarnation, then there is no hope for that soul no matter how much one tries to teach, inspire or motivate because in the end; it is only up to the person to want to willingly better themselves with good intentions or not and that may take many lifetimes to achieve.