“Where Cosmic Consciousness is lacking; science, conspiracy and religious imagination have the wrong answers. There are no accidents just consequences the five logical human senses cannot yet perceive.” Dr. Turi 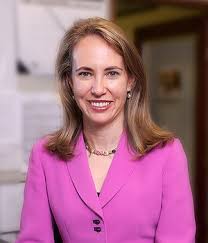 In my last TV show in Tucson I emphasized how,  unknowingly Rep. Gabrielle Giffords  (born June 8, 1970)  mishandled the Superconscious  forces and subconsciously fed evil for many years before the “accident” ultimately materialized.  Especially with the Tail of the Dragon moving into the sign of Gemini (she is a Gemini) . It is part of the fate of politicians born in June to arouse death from their 8th house of drama, traditionally ruled by sign of Capricorn who rules politics and the government.

(Update 1/26/2016) – Knowing Ted Cruz is a Capricorn, the stars endorse him fully to become heavily involved with politics and one day, may become the President.

Trump: Ban abortions, punish women who get them

I AM A DUAL AND WILL TELL YOU ANYTHING TO GET YOUR VOTES!

“In a 1999 interview, Trump called himself “pro-choice in every respect,” though he said that he did not like the concept of abortion.”

There are millions of people born in June including Trump and Maricopa County Sheriff Joe Arpaio that will feel this karmic impact as the Dragon moves endlessly throughout the belt of the zodiac.  An astrological system our infantile science has so much to learn and knows NOTHING about “Astroforensics.”

Everyone including the police missed the obvious physical “signs” predisposing Jared or Adam Lanza  to fulfil their horrific act,  but who’s heeding the warnings or the teachings I am trying so hard to convey the world?

The reality is like 99.09% of the world’s population,  the toughest Sheriff in the US is cosmic unconscious and know nothing of the Cosmic Code! He, like the oblivious mass, act out his stars. In fact his  natal UCI *Unique Celestial Identity is what propelled him to become a top cop…

This does not mean the Police Agency Administration and Performance will ever stop wasting cops and law obedient citizens lives and WE the people, tax dollars fighting endless legal battles?  Will the police ever honor the world INVESTIGATION and become better detectives? No way, there is no fixing religious fears or atheist “educated” convictions.

So using the futuristic science of Astroforensics let me expose Joe’s psyche and explain his UCI and his fate,

Moon          20Lib20     (5) Creativity, speculation emotional response to life – Note Libra rules the Law and Astropsychology and you wonder why Joe always wanted to become a cop?

Pluto            20Can55  (2) Money/self esteem regulated by the planet of power, Pluto the ruler of the Police force and criminals – No wonder why he is a good cop and feels at home with criminals.

Dragon’s Head – MNNode     21Pis33  (10) Career/accomplishments – The head of the Dragon (protection/growth) is in Pisces, this sign rules jails/drugs/religions and confinement. No wonder he run AZ prisons… But those explanations can only make sense to my smart students  and to all those curious people who took my home course! In no way will the cosmic unconscious soul make sense to such an advanced, spiritual material.

Dragon’ s Tail – MSNode     21Vir33  (4) Home base – The tail of the Dragon (negative/restrictive) is in Virgo inducing the puritanical, cleaning, cleansing process upon inmates. Joe is like Trump, a perfectionist who wants to “clean” the world. This is the top position for racist born souls.

IN MUTUAL RECEPTION: Moon in Libra   Venus in Cancer – Emotional response to life – Dedicated to justice

PLANETARY HOUR LORD: Mars This planet rules danger, guns, machinery and all the police work with and represents his competitive, aggressive nature.

MOON PHASE:   First Quarter Lucky and protected as long as the Dragon is in good aspect. (That will change in March 2011 for about two years.) There are strong chances of assassination and/or a full restructure of his base of operation (moving) and career (retirement) ahead of him. Sheriff Joe Arpaio is seriously prone to get bad repercussion for his acts from the mass or a criminal born “Death Wish Generation.”

Like Rep. Gifford, and Trump, his 6th house of work is Plutonic (working at night) and extremely dangerous while his 8th house of retirement plan/paycheck/death is located in the government sign of Capricorn ruling the US government, careers and political endeavors.

The Tail of the Dragon in Gemini makes him particularly vulnerable in June or September especially during one of his “unlucky” dragon date windows. 2011 Universal Dragon Dates 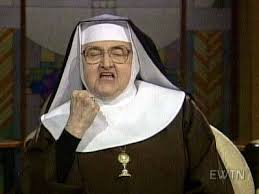 I”LL GET YOU ALL DIRTY SCUMBAGS!

In many of his past lives Sheriff Joe Arpaio was a woman, a nun to be precise where the puritanical legacy and cleanliness is quite obvious in his hidden celestial karmic make up and endeavors.

His/Her life was spent then in  total confinement where the bare minimum was all she had (food/shelter) living in numerous convents promoting the good words of the Lord. The drive to clean off our society of the wrong, guilty, dirty “scumbags” is deeply encrusted in his psyche but could cost him in the long run where he could either meet death or find himself in the same very jail or confined in an hospital bed…

Again do not expect his superiors, or the “educated” police psychologists/psychiatrists  doing the cop’s hiring to remotely understand the true power of Astroforensics just yet.

For the sake of our Sheriff, if you are a cop or one of his supporter direct Joe towards my work, email him this newsletter and hopefully the Sheriff (or  any US Marshals) will heed my warnings and do some real detective work on Dr. Turi”s methodology which happens to be a million miles ahead of conventional psychological teachings.

Take the time to email Arpaio (or Trump) and tell them why they should heed my warnings while traveling on foreign ground or against their personal cosmic biorhythms. Even with a very strong security, their stars could induce an untimely death they do not need. And you can be sure, a foreigner will be to blame!

Yes “Piling Higher and Deeper” educated cops hire souls that are NOT supposed to be cops and they are the first one to die or become rotten, abuse their position and cost  “WE” the people tons of wasted taxes in legal disputes. That is if the crooked cop does not rape or kill law obedient citizens victimized by their own personal stars by being at the wrong place at the wrong time!

Remember my “secret” email list is made up of many very powerful police executives i.e. phoenix@ic.fbi.gov ; Robert.Mueller@FBI.com but NOTHING has been done to save the lives of our brave police officers battling criminals or the public dying for no reasons.

I have NO fears for the TRUTH must prevail and I wish more people had GUTS like I do to investigate my claims and support my cosmic wisdom, because it is REAL!

Yes I do have the technology, the know how, the wisdom acquired in my 61 years of independent research, but did any of those who are supposed to serve and protect us tried me yet? NOPE!

”Great spirits have always encountered opposition from mediocre minds. The mediocre mind is incapable of understanding the man who refuses to bow blindly to conventional prejudices and chooses instead to express his opinions courageously and honestly.” – Albert Einstein

The sad reality is Sheriff Joe Arpaio like the Law Enforcement Agency and ALL the people making up the executive branches are totally depraved of Cosmic Consciousness and do not know or respect the Laws of the Divine.

Something they will all have to oblige as it speaks of the Glory of God and his ultimate Universal will. The crucial help we can provide to the cops personally and the police universally is ridicule and totally denied…

Is God enforcing a serious plan for us to move forward in life and stop beating a dead horse? Should I enjoy the few years I have left enjoying Terania’s love and go fishing or keep trying to wake up humanity about God cosmic Divinity and all his impartial celestial rules?

VIP’s only: Before enjoying your “2011 February Transits” and read your “Elaborated Personal Horoscope for Each Signs” from http://www.drturi.com/vip.php catch up on the Cosmic Code platform website for the latest news about my last TV show and some unlucky celebrities.

Then as predicted, more on Sheen

Yes while Sheen is rich and famous he has no clue of who he is and how to apply his will against his Virgo destructive UCI, he is not as lucky as you are reader because you can read all about what it means to be a Virgo, enjoy the gifts or suffer the shortcomings of this sign from http://www.drturi.com/signs.php#6 – Note also that Jared Laughner and Christina were also born in September and as explained in my last TV show, this sign is prone to induce or suffer a violent death…

You will not be insulted when I call you a mensch if you put that word in Google. Regards,

Monday morning my phone was ringing off the wall from local listeners wanting your email address again and asking me tons of questions in light of Moscow terror attacks and police shootings. Now …I”m working very hard to have everyone listen to old shows and I posted that on cosmic code. I’m doing it all again this Sunday and you are always invited as long as in coincides w/ your schedule. Keep me posted .

I was at the Cosmic Chronicles public access TV show tonight and bought a book from you. You said in a past life I was in Germany and in the military. This could seem kind of open ended except that my first regression session I ever received yielded that I had been in Navy intelligence in Germany AFTER the war and died at the hands of Nazis by torture in 1948. This made no sense until recently when I found out about the Illuminati and their use of Nazis after the war. Where I was taken was a remote location in Germany so I don”t know what you saw in me but you had tapped into a primary and recent part of my history. Here”s something to ponder, my website and where I will be on 9/11/11 www.pleiadesufos.weebly.com Thanks for the book and looking forward to reading it –

DT – Hi Tom thanks for being in the audience last night and for the note of confirmation…Yes I can do that and you will see much more in the reality show I am working on to launch, it was my pleasure meeting you my friend.

KEEPING YOU ALL POSTED OF MY CRAZY LIFE

TONIGHT ON THE AIR WITH LINDA!