You’ll know the essence of a real genius only when an extreme minority can relate to his work and decides to follow him… Dr. Turi

Memo: Travel and Communication: Don’t let this trio drive you crazy, as you will have a million things to do at the same time. The strength of Mars combined with the speed of Mercury may bring trouble in your driving, so slow down.  Use precautions and take your time if you have to travel far; don’t let accident-prone Mars create obstacles.  Be alert and slow down and nothing wrong will happen. Make your future plans to travel now. Use my cosmic wisdom for safety!

Environment: Keep in mind that impatient Mars is also with us and he doesn’t care for any of your plans; he may decide to create an earthquake 4/10/2016 6.6 magnitude earthquake near Ashkāsham, Badakhshan, Afghanistan or produce disturbing weather such as the Iowa twisters that killed two people and injured 14 others on May 17, 1999 – News of war and the Middle East (terrorism) could be upon us again. 4/12/16 – Air Force F-22s deploy to England  4/9/16 – ‘Man in the hat’: Brussels airport suspect in custody – B-52s joining fight against ISIS

I am appalled by the subhumans reactions on the Internet accusing me of spamming or trying to make a profit with the death of the people mentioned above!  All I have been doing is warning those idiots to avoid such tragedies and stay alive…  But it seems they don’t really deserve a cosmic work witch is well above their pin heads.

Why, each time I am trying to help the subhumans I feel like Jesus?

“Do not give dogs what is sacred; do not throw your pearls to pigs. If you do, they may trample them under their feet, and turn and tear you to pieces.” Matthew 7:6 in Jesus’s Sermon on the Mount.

I should be supported and respected instead when it took 66 years of my life to master those subtle Universal mechanics to try to save your life. These are all such dysfunctional human brains who have nothing else but acidic idiocy to offer the world.

James Clayton What the fuck cult do you come from?
Michael William Markle fuck off you diseased fanatic retard … spew your diahorretic garbage somewhere else …
Jeremy Owen Does your back hurt having your head that far up your ass?
Len Lekx Let me guess – the verdict was ‘weird’…
Mohammad Amirbayat Hey super idiot, anybody writing anything on vegan pages is writing with animal blood. So realize that you are a piece of shit and fuck off immediately.

God thanks, I dealt with stupidity since 1991 and I developed a thick skin against them all but I also know my cosmic messages will never reach them because they lack the mental power to assimilate the Divine.

But not all human beings UCIs are the same, and many of my perceptive readers are able to understand their connection with a big universe…

““A human being is part of a whole, called by us the ‘Universe,’ a part limited in time and space. He experiences himself, his thoughts and feelings, as something separated from the rest–a kind of optical delusion of his consciousness”. – Albert Einstein

Unlike the dunce who think they know better than geniuses, those encountered everyday on the Internet, I came to understand my relationship with the Universe as soon as I could think for myself! Or soon after my Grandma introduced me to the  “moon power.”

Then the inward discovery to myself started, a voyage that took so many years, so many investigations and so many realizations. But all along, I never intended nor wanted to uncover others and the face and the tools of an illusive Cosmic God! And this is much too much for today  rational or religious “herd.” 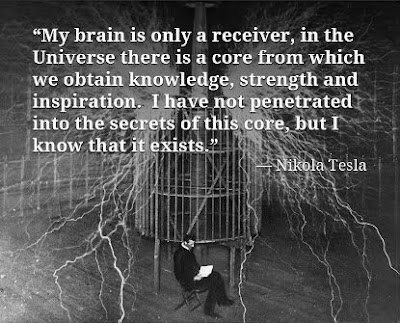 DR.TURI OWN THE SECRET OF THIS  CORE AND TEACH THE ENTIRE WORLD ON RADIO AND TELEVISION

But while I realize the masses are largely made of incurious, know better “subhumans,” all are victims of indoctrination from both, the religious and/or the scientific matrixes. Furthermore the drive to upgrade psychically is an impossibility if rushed!  I am convinced many of my readers were converted because I still refuse to believe a bonehead can not improve mentally.

But enviousness or jealousy is coming from a serious inferiority complex and knowing this as a fact, I often “punish” them by showing my expensive toys. To them its like turning a knife into their insecure mental wounds while offering them a tangible proof of my spiritual accomplishments transforming into matter on this dense physical world.

Cars are extensions of who we are—our style, our success, our socio-economic psycho-graphic profile. A vehicle, is a thing used to express, embody or fulfill something they wish they had but do not! My and your expensive cars and toys are symbols of power.

I recall when I was much younger, I felt exactly the same. My older brother Joe had it all then, big business, big money, popularity, big houses, cars, horses etc. I hated to see him parking his Benz at his dancing club he also owned. I was not smart enough to appreciate the job he gave me and he knew exactly how I felt. I could barely contain myself from the maligns negative feelings I nurtured against my own brother…

I was young, stupid, over competitive but I was part of the subhuman idiotic herd and nothing to show for! Today at 66, I have it all, health, emotional, financial and spiritual stability, and knowing what I know today in 2016, I wish I had meet someone as wise as me to guide me then!

There was so much I could have learned from a rare wise man when I was a teen, but they weren’t around.The village I was born had nothing to offer and I knew it. I was willing and ready to fly to get the opportunities I needed to live a full happy life.

Many years later I realized how much I did not know and the reasons for me to have been a failure for so many years!  It took me so many years to learn to control my unwise words, armful feelings and destructive thoughts ruling my life!

And if offending you is what it take to grasp your attention, wonder no more to why I use the words subhumans, idiots, morons and the herd!  I know better, because I walked the same arduous miles in the same dirty shoes toward a Cosmic God  calling all your lost souls to assemble into cosmic consciousness.

And while many of my school mates are still struggling  and part of the herd, I refused to be less than successful. I worked 3 jobs for years and always knew to keep away from drugs and the criminals. I studied music, engineering, flying and now at 66, instead of concentrating full time on my well deserved retirement,  I am taking my Master Captain License… But what I learn will do me well on my new boat!

And did it all MY WAY because I learned how to use the stars, and like a Captain lost at sea, I always knew how to read the stars guiding me safely and swiftly towards my next goal. And this is what pains me the most, the subhumans idiotic envious herd are those who need help the most!

And while I managed to save a few smarter souls along the years, some are cursed to follow their kind trapped into the pit of ignorance, pain and suffering…

I came from hell to reach heaven in the US and my book “Beyond The Secret” can offer you so much more than what you could ever bargain for! True cosmic wisdom is not only rare  but it is precious and liberating,  but I can only lead you to the key needed to open the magic door, not force you…

“Show me a curious reader and I will point out a winner”  Dr. Turi

Knowing earth is a fiery HELL design by a Cosmic God as such, I feel like quitting and let the forces of evil finally consume everyone but as a commissioned MJ12 a legitimate Soul Doctor and Modern Prophet, Terania and I are still here battling a mission so many ridicule and refuse to accept…

While my “visions” are irrefutable,  well documented, dated and published, the subhumans will always deny my cosmic predictive gift and my direct connection with the real God and ET’s.

“The universe and ET’s  are under no obligation to make any SPIRITUAL or  Rational sense to your  world”  Dr. Turi

In “Mystery object slams into Jupiter, Donald Trump Personal Omen” I offered my VIP’s solid dated predictions to what the future has in store for him and the world, but it feels that not many need to know or deserve my pearls of wisdom.  I failed to obey the Grand Cosmic Galactic Federation trying to warn many of you on various popular networking websites.

I paid the price for infringing the rules and forced out. The rationals will immediately assume, spamming was the reason, while my Internet enemies can only rejoice winning another temporary battle for Satan!

Terania and I think at times we are fighting a lost cause, or am I being tested by cosmic forces humanity could never imagine, believe or even assimilate!  My unsurpassed dedication to help humanity to upgrade psychically to the reality of a Cosmic God and ET’s speaking to me is a bit too much for this world. Nonetheless it is real and happening. And all you have to do to make this world a better place for all the children of the future is; investigate, accept and share the fact!

BECAUSE I AM NOT ON FACEBOOK ANYMORE! THE FORCES OF EVIL FINALLY WON OVER YOU AND ME! At least for now… Update; 4/13/16 – The battle will never end, but with the right help I am now back to the world on Facebook.

Blessings to my world reading audience,