This is the Middle section of the channelling when I see the pilot turning the auto pilot in the OFF position.

*Update 04/06/2014 – This CNN report  (video) confirm my vision that the auto pilot was off and the pilot flew the plane manually to avoid detection. 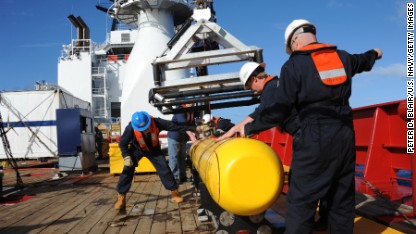 A tower in Penang, Malaysia — about 250 miles from where the flight disappeared — detected the co-pilot’s cell phone the day the plane vanished.

Its now 4:39 am on Wednesday April 2, 2014 I was deep asleep and woke up with some vivid memories of my dream… 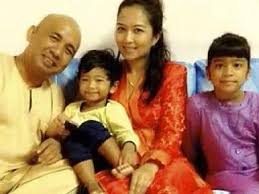 Zaharie was in no state of mind to be flying

Update: It is during this time that the co pilot Fariq Abdul Hamid noticed something was very wrong and tried to alert the authorities by placing a call. But Captain Zaharie Ahmad Shah took the phone away from him without much resistance from the co-pilot. Cell phone question puzzles expert

But WHY, WHAT IS THE MAIN REASON FOR THE PILOT TO TAKE SO MANY PEOPLE WITH HIM? What is the reason for him NOT to spare innocent lives, what made him be so cruel, so inconsiderate and so cold? I will have to remote well pass  the life he terminated so abruptly and check on his early past-life to find the answer forensic science and the FAA  could NEVER/EVER give you.  I am sure I will surprise if not even shock myself with my findings, but I want to bring closure to this horrific act and help my VIP’s understand the spirit!

The soul brings back the trauma of other lives and act upon it when conditions are extreme. This type of psychical trip is not for the fainted mind or the young untrained soul! I will do so when time is appropriate and inform all my VIP’s. This is a bit too much for the skeptics, agnostics and the atheists to assimilate, thus this second, much deeper channelling will reveal the essence of  the pilot’s desperate act!  Join now do not miss the answers only Dr. Turi can provide!

Plane said to have flown around Indonesia

“Authorities say Flight 370 ended up flying south over the Indian Ocean after it dropped off military radar off the west coast of peninsular Malaysia on March 8. The conclusion is based on an expert analysis of satellite, radar and other available data. More detail has been added to the flight path calculated by investigators, a senior Malaysian government source told CNN on Sunday.”

After reviewing radar track data from neighboring countries, officials have concluded that the passenger jet curved north of Indonesia before turning south toward the southern Indian Ocean. Its path took it around Indonesian airspace. Malaysian government officials have said previously that the plane appeared to have been deliberately diverted from its original course, which would have taken it north to Beijing.

“What’s also interesting about this route … is it appears it goes to the designated waypoints that we (pilots) use (and air traffic control uses to give directions),” said CNN aviation analyst Miles O’Brien. “This particular route that is laid out happens to coincide with some of these named intersections. So what it shows is an experienced pilot somewhere in the mix on this.”

O’Brien said that an experienced pilot who had flown in the region would know where radar coverage begins and ends and where radio communication handoffs occur. He said he was not pointing to any particular individual, as there are several possible scenarios on what may have happened in the cockpit, including a hijacking by someone who knew how to fly a commercial jet.

Investigators haven’t yet said who they think might have flown the plane off course or why. They also haven’t ruled out mechanical problems as a possible cause of the plane’s diversion.