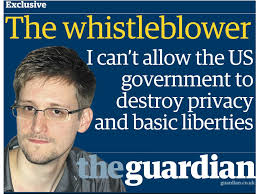 Edward Snowden is a wanted man. He left Hong Kong for Russia and is now looking for his next stop, out of reach of American law. FULL STORY

As you know, since I had the visit of two FBI agents,  anything and everything I generate in my Cosmic Code newsletters is automatically viewed by the Department of Homeland Security and now of course the NSA.  But because of the crucial sensitive information I will divulge in this particular article about Edward Snowdens’ psyche and fate,  I have decided to make this work public knowing the FBI may make a good use of my cosmic wisdom.

To the perplexed newcomers to my work, I am not a psychic or a born Neptunian, I do not use snake oil or own a magic crystal ball, in fact  I use a modified software to expose the divine and the news. Check the values of my current prediction for June 25/26/27 2013 once all my “visions” transpire and judge for yourself if I should be taken seriously or not!

You may also  investigate my predictive work  prior to trust me with the impending fate of Mr. Snowden and by catching up with the current “Scorpius Draconis” phenomenon. This cosmic energy if fully responsible for  all secrets affairs coming public while offering serious “wake up calls” to all governmental parties involved.

Again I do not expect the God fearing, rational, logical controlling media to help me popularize nor perceive the truth pertaining to this “Scorpius Draconis” manifesto sought only as ridiculous pseudo-science. The choice is yours reader, to either upgrade your vibrational psychical perception of the divine or fall short of expanding your own natal dense UCI.

I did expose in great details what’s next for Edward Snowden and for the countries who have helped him and what the repercussions for the USA these divulged secrets will do to the people and its national security. I  offered my own  counselling to the US authorities and explained why all the actions against Mr. Snowden should be revised and changed before it become too late and become dramatically beneficial for this country’s worse enemies…  I could pronounce my “visions” as highly classified and of a major importance for the fate of the United States of America but I decided to offer them as a sample of my work to the public as to judge my gift in predictive astrology.

You will also find much of my predictive work and expectation in “2014/2016 Arian Draconis”  and “25 predictions that will change the world.“

JOIN NOW DO NOT MISS SUCH IMPORTANT INFORMATION

Think for a second reader, what would, once cornered,  a wild animal do to save his life? Better yet think of a wounded animal becoming even more dangerous to anyone getting closer to him. Human are not different and the US government *CIA continue to show animosity towards the fugitive and will do all they can in their power to eliminate the “traitor.”

The fact is regardless on what side you stand, for or against Edward Joseph Snowden  the ingeniousness of his expertise should be recognised as a talent that should be used for the US and not against his country. What a treat for our enemies who need such a smart guy to beat us at our game and we are offering them his genius on a golden plate… God knows what Edward Snowden really knows and the type of information he own or able to get and use for or against the US secret services.

You would think the NSA is made largely of smart people but the hard facts seems to be the opposite as those who are in charge of our national security are doing the worse job possible. And these are the people in charge of the US future? Do you remember what I wrote so many times readers? Those who are supposed to be the experts in their field are often the least knowledgeable on their expertise? OMG! have pity and mercy on America with such a bunch of educated idiots running the show… Here are my “visions” using a modified software and let’s pray God for a diplomatic smart way to bring him back to the US alive… Or we will all pay the price! 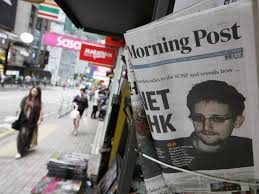 Sun 29Gem33 (1 – Self) – Snowden was born “A Messenger of the Gods” and fated to pass on any and all forms of messages to the world. I own the same hidden communicative Gemini Dragon where writing/talking becomes a gift. A gift of youth is usually present with this dragon.

Moon 15Sco11  (6 – work) fall – His Scorpio moon regulates the deep secretive emotions leading Snowden to work for/against the secret services. As a rule death, drama, the police will enter the subject’s life from his home base in the natal UCI. Currently the “”Scorpius Draconis“” is right on his moon/home/base of operations and forces him to be on the move secretively to save his life. Meantime this Scorpionic moon position has no real fear of death and stimulated his actions to divulged classified secrets.

Mercury 10Gem33  (1 – self) dignity – The planet of communication is currently retrograde and forced him to deal with his past. Note Mercury in his own Gemini sign is very sharp and fluid where he become a master in disguise blessed with all forms of communications.

Venus 14Leo49  (3 – the mind) Venus rules love, Leo rules fame and signify how women can help him and where fame can be reached thought the printed/spoken words.  Subconsciously Snowden is aiming for intellectual fame and appreciation for his accomplishments. May be traditionally educated FBI psychologists will learn something new with Astropsychology today!

Mars 24Gem43  (1 – Self )  – Mars means danger on the road while or speeding while travelling and in the first house a violent death or broken bones is highly probable – Mars in Gemini means also attracting troubles verbally / mentally or in his case divulging secrets to the media.

Jupiter 03Sag08 (7 others) dignity – Jupiter is legal  luck and protection on foreign grounds but the great planet is located on his Dragon’s Tail enunciating hardships and adjustments are in store for him.

Saturn 27Lib48 (5 – speculations) exalted – Saturn is the great malefic and rules the power structure and the government – Libra is the sign of fairness and justice where Snowden judged it was only fair and right to expose this type of controlling power and gain the fame he needed doing so.  Libra rules the laws and Saturn means restrictions and Snowden is well aware of his rights and the law.

Uranus 06Sag11 (7 – partnerships) Uranus is the sudden release of energy, the shocking genius like technological planet while Sagittarius rules higher learning/teachings and foreign affairs. Thus Snowden’s UCI (cosmic intellectual nature)  is very advanced and technologically oriented.  But his technological genius  is also on his Dragon’s Tail and could drastically benefit foreign powers if the CIA does not work out a deal or kill him before offering his  teachings for security and freedom on foreign grounds.

Neptune 27Sag49 (7 – partnerships) Neptune rules deception, drugs, the Middle East and the essence of terrorism through religious fanaticism while his Sagittarius Dragon’s Tail will attract interested groups willing to die protecting him in exchange for his secrets.

Pluto 26Lib46 (5- speculations) detriment – Pluto is death, drama, supreme power, the NSA, CIA FBI and Libra means contracting oneself to for or against the Plutonic energy. Snowden could find very powerful friends/groups willing to endorse, protect and support him and his actions. He is prone to be located (like Osama Bin Laden) with time under one of his ” Personal Unlucky Window Dates.” December own the worse of his unlucky windows. This incredible information can benefit the NSA or Snowden alike but none will ever reach me to use supreme wisdom because my work is still falsely perceived as “pseudo-science” only.

Dragon’s Head  24Gem47 (1 – self) Snowden is born a dual like Dr. Turi. This mean a dual life where the number 2/4/6/8 or situation will be imposed. O.J. Simpson was born a dual too and ended up with 2 deaths, 2 judgements, 2/4/6 police car after him, 2/4/6 attorneys to save his butt and does reflect his dual nature. Often, for good or for worse, the soul is forced out of his own country, learn and speak at least two languages (like I do) and constantly adapt like a chameleon to his dual life karmic situations. With such a Mercurial (communications) dragon, it is practically impossible for Snowden not to become a whistle-blower and pass on  such sensitive information.  Using metaphors,  try to catch the element Mercury and you will see why the fugitive is so fluid because Mercury adapt and is very hard to contain in the palm of your hand. It is so sensitive it is used for measuring temperature which vacillate endlessly.

Dragon’s Tail  24Sag47 (7- partnerships) The nasty tail of the dragon is cursing Snowden’s public house, but in Sagittarius there is an attraction to foreign powers looking for information about nuclear facilities and their locations and how to; technologically speaking spy, neutralize or precede the US in any nuclear exchanges. Snowden is a genius in his own right produced by the US and should assist this country against its enemies. Somewhere somehow Snowden felt he was not appreciated  enough and he is taking his revenge by showing his mental importance against his unappreciative bosses in high places.

WHAT THE PRESIDENT CAN AND CAN NOT DO!

IN CRITICAL DEGREES: (Mansions of the Moon):

MOON PHASE: Gibbous – Born after the full moon enunciate the possibility of a short or accidental end of life. There are many more subtle information involving Snowden’s fate that would endanger his life and can not be divulged publicly. Sad enough the incredible values of the mother of all sciences *Astropsychology have not yet been accepted as solid disciplines in our “accredited” colleges and Universities. This lack of curiosity is detrimental for the human spirit expression and costing billions of tax dollars on wasteful researches ending up with  the loss of millions of cosmic unconscious human beings. It seems his fate and serious international developments will be sealed in December 2013. Death could occur in his home base on foreign ground induced by the secret services. Much like Osama Bin Laden, and if spared, movies and books will results from his actions…

You may check the proof of my predictions from http://beforeitsnews.com/prophecy/2013/06/predictions-sos-to-all-cops-fbicia-agents-scientists-2450826.html  or from http://www.drturi.com/dr-turi-20122014-universal-predictions/. Please show your support for my mission from http://www.change.org/petitions/dr-turi-acknowledge-god-s-cosmic-identity