US woman killed in London attack

An American woman in her 60s was killed and five others injured in a knife attack in central London’s Russell Square in what police Thursday called a “spontaneous” assault.

We are slowly desensitizing ourselves to the endless dramatic news cursing us all and who can deny the reptilius psychical infestation taking place all over the world?   But what is truly worrisome is that; there is no end in sight and it will get much worse before the authorities realize the reality of a phenomenon far too incredible to accept as a reality.

Diseases like (Zika) radicalization or insanity is the logical answer science has to offer a God fearing mass unwilling to accept or unable to assimilate the undiluted truth. And it is much easier for anyone to assume I am deranged than to comprehend what they perceive as the product of my imagination or something simply impossible.

To feel secure in their own traditionally educated, atheist or accepted religious zones, people would rather stay in denial or find any excuses to reject what they can not accept! But I would be reasoning the exact same ways if I did not experience the incredible and forced to realize UFO’s and ET’s are very real.

While a great majority of human beings are open to the possibility of ET’s visitations, hard core skeptics or religious people can only fear or ridicule what I know to be real!

But when  I say ‘London stabbing, it could have been prevented!” only those cosmic conscious enough can agree with such statement. Indeed there are no awful “accidents” or any “acts of God” that are not preventable.  But  entering the archetypal realm of supra cosmic consciousness and learning all about the Cosmic Code jurisdictions is not for the scared, rational “young souls.”

Especially when all “indoctrinating” matrixes who control all the information brainwashed the majority of human beings to reject anything spiritual or matters that can not be seen or touched!

Had this unconscious victim been a VIP and checked her traveling plans to Europe, chances are she would be alive today!  Furthermore had she read our forecasts, heed my SOS to the world deadly windows and more importantly, her 2016 Personal Cosmic biorthyms, she would have had control over her destiny.

And this reasoning apply to ALL the people who suffered an untimely, shocking death! But those lost souls are now gone, the pain and suffering of their families will never end and the costly fees involving any tragedy is staggering. There is nothing anyone can do to turn the clock back, yet the majority of my readers have absolutely no clue how lucky they are to be blessed by the opportunity to be in charge of their destiny.

As long as the tragedy did not hit home directly there is no true reasons to wise up and develop more cosmic consciousness. Induced religious fears and skepticism will always override curiosity and be sure, the dead do not care nor hear your prayers.

Each passing day you are playing Russian roulette with your life, because the current system is not designed to dwell with cosmic matters handled and promoted by NASA ‘ rational scientists alone…  The True $$$$$$$$$$pirit of NASA – Dr. Turi MDUS.

There is no doubt the agency is fully aware of the reality of ET’s intelligence but the thousands of UFO’s reports by astronauts and airline pilots is under a rigorous control.  Your government and NASA are clueless to what the ET’s agenda is all about and must avoid a general public panic at all cost…   NASA rebuts UFO speculation DECEPTION!

But had anyone of you experienced first hand the same incredible UFO’s experiences and direct contact with ET’s, you may understand my position and the mission I was cursed with better.

For any scientists not to realize his/her physical and spiritual connection with the cosmos we live in, show how unevolved those educated idiots truly are. And to reject any of the effects  induce by the stars upon one’s fate, shows how far humanity has distanced itself from God Cosmic Divinity.

“A human being is part of a whole, called by us the ‘Universe,’ a part limited in time and space. He experiences himself, his thoughts and feelings, as something separated from the rest–a kind of optical delusion of his consciousness.” – Albert Einstein

With the upcoming Uranic shocking cosmic winds soon upon us, 2017 Nostradamus Personal and Universal Forecast I can only wonder how those who did not heed, nor prepared for my visions will cope with life when the Internet fail to provide business owners access to their “hijacked” banks account!  Or worse when natural disasters (or nukes) never experienced before force them to remember Dr. Turi’s visions.

God fearing souls and atheist alike are totally oblivious of the critical part they play to accelerate “God wrath” or work with us (and the Draconis) to avoid humanity unavoidable self destruction. Without understanding and using the Supra-conscious forces creating our reality properly, there is no escape to the sealed fate already entertaining the mind  of millions of people.

A universal cosmic education should have already been in place for all the children of the future but the rational, stubborn US Department of Education refuse to endorse nor support the only way out of this evil dance.

Its going to take a very long time for the elites of education, our politicians and religious leaders to “upgrade” to a new conception  of God’s speaking his will through his celestial design.

And, since 1991, there hasn’t been enough support and your precious endorsements ignored. We will be soon at the non return point and instead of NASA wasting resources on Mars ridiculous aims.

I was not born rich like Trump and given $1000.000 to start my business, yet I arrived here in the US in 1984 with only $50 to start my new life! I did not have the resources, nor the contact to pay my way up to be like him though I know better.

Meantime my Soul of the Cosmos show is America’ savior! But I am the only one to know the crucial spiritual values and can only watch in despair the future a cosmic unconscious humanity is creating for itself.

Billions of dollars in donations are exchanging the same greedy, manipulative infected corporate hands everyday. All designed to sustain religious or scientific beliefs that only a man made god, or the scientific community can offer you the golden keys to what it mean to be human…   FTC: These charities are shams, Help Dr. Turi instead!

I still wonder why I am still asking for your support and fighting knowing greed, ignorance and fear rule the world. But I guess the reason for me to do so is; when my predictions unfold, you will finally know that; I was right all along. And if you know I am right today, maybe you should join the fight and work with us.

Do not think for a second your “vote” does not count or joining us will change nothing of the future. Because you are totally wrong! Becoming a VIP means you voted for the light, for hope, for the future, for cosmic education, for Mother earth and all wild life.  Joining us means you agree with us and you support the benevolent Draconis group of ET’s in desperate need of your positive, constructive thought power.

Look at the terrible news unfolding everyday, this is the fate WE, as a whole have created because the psychically underdeveloped  “sub-human” is not able to comprehend higher spiritual matters and were brainwashed to ridicule my cosmic work.

If you think like us and join us, you upgrade and add to the universal vibrational values! This mean you also “vibrate” at our own cosmic speed and already work for the light.   Keeping you spiritually dry, and feeding the reptilius with endless fears, lack of hopes, disagreements, chaos, separatism, racism and idiocy is part of those nefarious entities’ agenda. 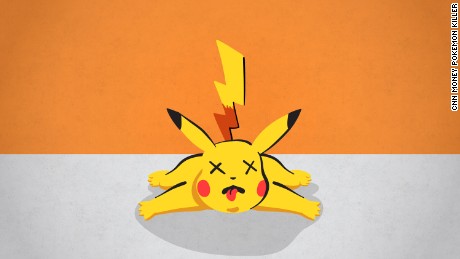 Religions of the past never brought peace but more fears, more wars and more ignorance to what God truly is.

Infested sports and entertainment corporations lure so many unconscious souls promising fame and fortune imposing an unnatural lifestyle that already killed so many celebrities…  The Lie We Live.

While, following my undeniable terrorist predictions the secret services visited me twice already, they never learned anything and worse, they never behaved like real detectives and never investigated my cosmic work.

Join the cosmic code, master the secrets of the Universe, follow our personal and universal guidance and predictions, be aware of my SOS to the world windows and work in harmony with God cosmic will!

Doing so will assure you not to become the next victim of your cosmic ignorance and to support the light we share with you.  In any case if you feel depressed, lonely, or unsuccessful in any way, shape or form, it may be because you do not live your destiny!

I am offering credible, valuable services and I made my consultations available to all. Dr. Turi’ services.

Blessings to all my readers;