Remember if you are taking or interested in psychology you are looking for yourself first! The reality is you will never uncover the golden keys to what it means to be human in it! Take Astropsychologys instead and you will get all the answers… 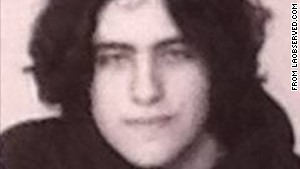 Police: We know who, not why

Santa Monica, California (CNN) — The suspect in a shooting spree that left four people dead in Santa Monica has been identified as John Zawahri, sources told CNN. The gunman, 23, would have turned 24 on Saturday, Seabrooks said.

This mean this lost soul was born June 8, 1989 and with his DOB I can bring full light on his deadly actions. The police report mentioned “A few years ago, he was hospitalized for treatment after allegedly talking about harming someone, according to the official. It’s not clear whether the state government or his family committed him for treatment or whether he committed himself. It’s also unclear under what circumstances he was released. Authorities have found no link to domestic or international terrorism, the official added.”

And that’s all your cosmic unconscious officials experts could come up with? A few years ago, John Zawahri was hospitalized for treatment after allegedly talking about harming someone? How many people you know,  paid a visit to the funny farm and were released after treatment? Now what type of treatment was John Zawahri under? What type of medications was he taking regularly?

As explained so many times in my numerous newsletters your scientific,educational and religious communities are the “educated” officials that are responsible for creating monsters like Adam Lanza, Aries Castro and the never ending flow of criminals forced into medications to rot in an over crowded jails system! Nancy Lanza, science and education killed Adam first!

Now what’s really going on… Currently the Scorpius Draconis is cruising through the 6th house of health and work and the 12th subconscious house for all souls born in June  (John Zawahri) and December (my nephew) and this is the sacred “phenomenon” that  produced the latest dramatic news involving John Zawahr’s rampage  where sex, death and secrets must come to light.  Famous people also born in June are not immune from this dragon “Angelina Jolie and Breast Cancer Fears” and its impact physically and mentally can only be detected if you own Cosmic Consciousness. All I can do is to bring you the obvious facts and help you raise to a more spiritual, smarter human being…

In all the positions making up the 12 houses of the human experiences, nothing is more drastic and dangerous for the human body or his inner subconscious mind when the dragon resides in those particular houses. My own nephew Christophe Turi born in December is currently suffering the dragon’s tail in his 6th house of health and comatose in a ICU in a French hospital. Every day we are waiting for the news and this makes it so hard for me to concentrate knowing the pain my family is going through…

In John Zawahri’s case the dragon took over his 6 house (the physical body) and messed up his subconscious. As a rule I teach my medical students that when the head or tail of the Dragon (black matter for our infantile science)  cruises the subconscious it produces incredibly powerful psychological changes leading to depressions, hallucinations, dementia, schizophrenia, madness seriously stimulating suicidal thoughts. This nasty “cosmic fluid” produced the same ailments   and “The Reasons Why Paris Jackson Attempted Suicide!” –

And as always and in all cases the victims and killers were under one of their ” 2013 Personal Negative Dragon Window Dates” but the world has not yet realizes the value of such an incredible astrological discovery!

The quatrain and obvious keywords offered a few days ago in my “SOS to the world” windows of probabilities to my VIPS’ speaks clearly of an immaculate timing all the “officials” are missing. And this is why you MUST understand my concern to become a “Light Fighter” because  your dysfunctional educational/religious systems run by your cosmic unconscious officials, at the end become a society breeding more and more monsters.

The drugs, the lack of right spiritual informations, a technological  world going too fast and the current Scorpius Draconis DRASTICALLY ACCELERATE the making of those monsters and so many of you have already lost hopes.

The dysfunctional system you live by is enemy # one to all our children which are growing very fast distancing themselves from the spirit, this become an endless breeding ground for sceptics  agnostics, atheists and scientists alike who are producing more logical, rational “cold” children in a world made of concrete and steel. By the cosmic spirit I do not mean dogmatic archaic religious teachings which are an intrinsic  huge part of the problem involving general education. It will take much more than the 10 commandments and righteousness to bring back sanity to this world readers…

The obvious signs of spiritual depletion are EVERYWHERE ” The Real Reasons Why Two N.Y Life-coach Radio Hosts Committed Suicide” and still your cosmic unconscious political, religious and scientific officials have NO answers and CAN not stop the evil slowly engulfing the human psyche into madness.  Nature speaks of her frustration too and science want you to believe one day they will have the answers, offering you warnings ahead of time with natural disasters.  ” Scientists Lies – Tornado prediction is NOT advancing nor evolving!”

We still have time to turn things around and rebuild the children of tomorrow psychical welfare  but I need your help because if you have not yet noticed, this killing spree, this madness of crimes and suicides will get much worse, more common and STILL your officials won’t budge when I own and want to offer them and the world at large the solutions.  Its all about the right education, its all about  acknowledging and using the will against the cosmic fluid and helping this young tree to grown straight and strong by offering a rich solid earthy ground and a strong and healthy spirit. But the trees are depraved of the cosmic pure regenerative cosmic water. Instead it rarely get drops of acid rain in a fast global warming world…

Please help Dr. Turi in any possible way, this system and all the “educated” officials is set to suffocate ingeniousness, spy and mute the messenger, repress a new form of original thinking, control information, and enforce traditions of the past. This  this system and all the “educated” officials will kill  you in time if you do not wake up and help me, give me a voice to reach the media… Help in any possible way and pass on my articles, do your part for the future of humanity!

Trust you doing great.I have something I need to get off my chest. I have not known about you or your work for a lengthy period of time just as you do not know anything about me or my work. I therefore feel free to share the following insights that have been haunting me this past week or two since your announcement to discontinue much of your free services to humanity.

The simple fact is DT humanity is only beginning to evolve to a point of understanding regarding your work for eg – The agents of greed and discontent have been placed on your path simply to derail your work. The forces of darkness are uniting to overthrow you.One way they are going to succeed in a big way is to sow the seed of discontent within your structure making DT believe that by cutting people off from your vital services to humanity because of currency or lack of financial input from humanity for your important work people are either going to stand in line and begin to reward you handsomely for your pearls of wisdom or they simply going to move on and become empowered with the words of lesser beings like Aiden Powers etc etc

I and I firmly believe your ambassadors in the rest of the world feel the same way DT – We all have choices DT this is yours and only yours to make. I can only offer a complete unbiased and honest outside opinion.

The worst thing that will happen if you isolate yourself from the rest of the world is DT will become unknown and his legacy will not live on. It’s that simple DT that’s what the forces of darkness and discontent want from you DT to shut your mouth ever.

I find your posts welcome with a high degree of accuracy and they are also light-hearted in ways that make me giggle due to the intonation.  Thank you. — Yes, DHS and the ‘security personnel’ could certainly listen, but it’s kind of what we’d been telling them all along as intuitive and em-paths   They’d rather allow “whistle-blowers” in the InfoSec/Finsec arena to die than acknowledge their ignorance.

Keep up the great posts!