If you look at the ratio of accuracy from my “2012/2014 Universal Predictions“, between 1 and 10 what percentage would you give me?  Again it is only if you own a copy of my Moon Power Personal and Universal Guidance and predictions yearly publication or if you have been with me long enough that your score would be very high and accurate. But you can also check back produced Jan 13, 2009 where I made unarguable predictions years earlier! Check for yourself!

Thus when you become a VIP you will find in “Dr. Turi 2014 – 2016 Universal Predictions“ much more detailed information in a new and seriously updated format. I will offer tremendous dated  information on a personal and Universal manner so everyone will benefit from my visions. Yes I always improve my work and this will be a very long article loaded with much more predictions than what you could ever imagine or bargain for!

Thus be smart join because I will also offer personal predictions for all signs of the Zodiac including President Obama, his wife Michelle, other prominent politicians, a few famous people and some very powerful corporations.  I gave a free public sample of what to expect  until the end of 2013 but there is much more I am about to divulge for you… Unlike last few years, I now only publish my crucial predictions and guidance to those willing to reward me for it. Join now!

In 2013, the Scorpius Draconis‘ terrible reign was messy, bloody and forced the power itself (IRS/FBI) to realize its own limit and “implode” with the predicted painful restructures.  The Scorpius Draconis reign brought a lot of dirt and secrets to the light starting as early as August 30th 2012 and will be over by February 20th 2014. This deadly Draconis brought also a tremendous upsurge of sexual crimes, suicides and some of the worse natural disasters on record.

While I do not expect the scientific community and all the educated “experts” who lost the spirit a long time ego to comprehend this phenomenon the facts is they still have no clues or any real explanation for you.   On this date the Universal “Change of Guards” will take place with the new “Martian Dragon” which will rule over humanity and the world at large until November 12, 2015.  This Draconis fiery energy is very different in so many ways and will colour all future events and news media.   I will now offer my trusting VIP’s a set of 25 predictions that will change this world… Lastly my work is not for the  “feeble  minded” and need serious investigations to be appreciated. 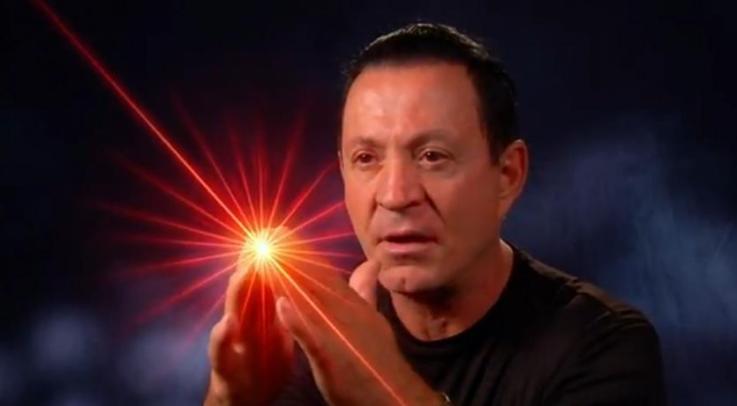 They Call Him Nostradamus Reincarnated,  The Only Living Astrophile

”BECAUSE THERE IS ONLY ONE THIN HAIR BETWEEN DIVINE INFORMATION AND PURE IMAGINATION!”

Prediction # 1 –  REBIRTH – Mars “The Lord of War” rules the sign of Aries where the dragon’s Tail (challenges) will induce lots of conflicts. Venus (The Peace Maker) rules the sign of Libra where the Dragon’s Head (imposed progress) will force justice and harmony upon many. I see a lot of litigations, legal disputes as the entire legal system will be forced into a full re-structure with the IRS and other governmental institutions  America will see a full restructure of all its domestic / political affairs where the real estate will boom again.  Souls born in April and October will be forced to re-evaluate all about their lives and will need my spiritual services to be prepared for all the challenges ahead of them.  Years of fire will take many lives… So much more for you readers this is just a tiny sample of what you will get once you become a Cosmic Coder.

God No where To Stop Fire

Don’t miss “Dr. Turi 2014 – 2016 Universal Predictions” he is CNN before CNN and has proven his accuracy over and over again and worth your interest – Be curious, be smart, be warned, be prepared, you can not lose with this man phenomenal cosmic gifts!  Join now!

Remember the law of happiness…

Trust you doing great.I have something I need to get off my chest. I have not known about you or your work for a lengthy period of time just as you do not know anything about me or my work. I therefore feel free to share the following insights that have been haunting me this past week or two since your announcement to discontinue much of your free services to humanity.

The simple fact is DT humanity is only beginning to evolve to a point of understanding regarding your work for eg – The agents of greed and discontent have been placed on your path simply to derail your work. The forces of darkness are uniting to overthrow you.One way they are going to succeed in a big way is to sow the seed of discontent within your structure making DT believe that by cutting people off from your vital services to humanity because of currency or lack of financial input from humanity for your important work people are either going to stand in line and begin to reward you handsomely for your pearls of wisdom or they simply going to move on and become empowered with the words of lesser beings like Aiden Powers etc etc

I and I firmly believe your ambassadors in the rest of the world feel the same way DT – We all have choices DT this is yours and only yours to make.I can only offer a complete unbiased and honest outside opinion.

The worst thing that will happen if you isolate yourself from the rest of the world is DT will become unknown and his legacy will not live on.It’s that simple DT that’s what the forces of darkness and discontent want from you DT to shut your mouth ever.

I find your posts welcome with a high degree of accuracy and they are also light-hearted in ways that make me giggle due to the intonation.  Thank you. — Yes, DHS and the ‘security personnel’ could certainly listen, but it’s kind of what we’d been telling them all along as intuitive and empaths.  They’d rather allow “whistle-blowers” in the InfoSec/Finsec arena to die than acknowledge their ignorance.

Keep up the great posts!