All those who run our lives have no idea of God’s cosmic design and its impending will upon humans and earth! People from all walks of life are robots of those stars and oblivious of the cosmic code jurisdictions…

A disaster for humanity, while those who own the golden truth are ridiculed, cast aside and sought as crazy! God Have Mercy on your children!

First and foremost remember, my cosmic work  is NOT political in any way, shape or form.  Once more; my work is spiritual in nature and designed to further humanity’s cosmic consciousness by exposing God’s cosmic divinity while warning you about the reptilius agenda!

I could care less if you are  a supporter (or not) of President Trump or Sheriff Joe Arpaio and, while I left my natal France in 1972, I made America my home and still, at 67  I can not vote!

Politics is like religion, it’s dangerous and a mass manipulation mostly designed to favor the privileged selects who were born into wealth and power.  My cosmic work is not set out to stimulate voters in any direction but above, in the stars where God resides!

Incidentally, my work can only make sense to our students and those who took the time to master the cosmic code jurisdictions and became cosmic conscious.

Letting you know, for example that both; President Trump and Joe Arpaio share the  same Gemini Sun sign will serve no real purpose to those who do not speak nor understand the spiritual values of our solar system.

Unless you take the time to read all about the UCI effects in (Who is Sheriff Joe Arpaio) and (Donald Trump President?)  the reader can only use his/her five rational limited human senses, to try to understand the idiosyncrasies and similar character of both men.

Every single human being born on planet earth own a UCI and “a magnet will not attract a piece of wood!”   Only if you vibrate at the same cosmic speed will you “naturally” see the world through the same eyes…

Scepter taken from  The Power of the Dragon

Your philosophy, religion or your guru is the only right one
You won’t change your mind, your views or your beliefs
You won’t challenge anything that has been written
You believe that animals are better than humans
You are afraid of pursuing  new knowledge
You have been religiously poisoned
You are the bull in the China shop
You think you are above the law

While I emphasize only the negative aspect of the dragon’s tail , remember there is a much good on its head. Though it seems people react more to negativity due to the reptilius’ disastrous effects on the human mind.

This  if you were a VIP  this is what you would have read for Gemini on August 1st 2017.

Cosmic Coders only – Gemini  forecast – Good news  involving siblings, the law, foreigners and foreign lands, take a trip, master a language or a study on photography. The next full Moon  right on a SOS to the world deadly window  (below) promises to be very significant for foreign affairs, be ready of the Solar eclipse effect!

And with so much clarity offered in our few forecasts for each sign of the Zodiac every months, thousands of gullible people are still flocking to Facebook’s well designed astrological and tarot pages offering NOTHING but entertainment!

I am using our President’s Gemini forecast (and Joe Arpaio) making international news, yet only a few smart and curious people will join the Cosmic Code today!

In reality, the majority of people are indoctrinated by both the science matrix (atheists) and/or victimized by the religious matrix (pious god fearing souls.)  Thus, reading my books is not something their natal rational or Neptunian karmic UCI is naturally driven to do.

Be sure instead of appreciating a real modern prophet’s predictions, the witch hunt lead by both the atheists and the religious fanatics groups would rather have us burning on the stake of ignorance almost overnight! Fear and idiocy does reign supreme…

Pat Hill The bible says to beware of false prophets. I rebuke you in the,name of Jesus Christ my Lord and Savior.

But this will never happen because it is undeniable that I can read God’s cosmic design and offer accurate earthquake predictions. Monopolizing infected corporations can only survive off your fears.  Thus muting and ridiculing us is a must imposed by the reptilius agenda.

Indeed those “young, un-evolved souls” have all been brain washed by their first “gullible” teachers, who were themselves; also indoctrinated by an infected system.

With this in mind, going full speed again the status quo and exposing NASA,  religions, the secret services for what they are has not paid off for us. Or powerful, supremely wealthy and organized “deceptive abusive corporations which have made us a target for a universal – technological, demonic constraining conspiracy.

We’ve been muted from “supporting friends” like the C2C syndicated radio show, to a myriad of others.

The undiluted truth brought the forces of evil against us, for exposing famous people like “Tony Robbins, is fame wisdom?” and James  Arthur Ray “Sedona, Arizona is a definite draw for non cosmic conscious cults leaders.“

But the fact remains, if you take the time to investigate my predictions, five days ego, well before President Trump announced his pardon for Sheriff Joe Arpaio, I saw  the future before CNN (as usual) and wrote the sentence below…

Memo from “Here’s how the solar eclipse affect the world! Predictions by Dr. Turi .”

“This solar eclipse will affect our President’s  critical thinking, he will make drastic, dramatic, shocking decisions during my upcoming SOS to the world Windows. You have been warned by a real modern prophet! ”

Update:  “This solar eclipse will affect  all souls born in June  (i.e Joe Arpaio)  in the 3rd house of communication and the 9th house (foreign affairs”)

But be sure the idiots, the envious infected critical, rational “young souls” will never give me credit for such  rare wisdom only a real prophet owns.

I am not sure how more descriptive to be, to get your attention readers. And while my latest article got lots of attention on BIN, only two people shared my work. Talk about giving pearls to swine!

incidentally, THIS POST HAS ALSO BEEN REMOVED once I got to second place, with 5831 hits and never was actually number one!  I emailed the president twice, asking for some explanations as to why my post was removed… I am awaiting his response!

Meantime, the conspiracy against my predictions reaching you is real and it seems BIN may have finally joined the reptilius infected movement against me. Thus once the management read what transpired, I may be fired from BIN too.  Maybe a religious or skeptic envious moderator acted on his own? I will let you know in time!

This is why, while you can, join the cosmic code … It’s free. Get my work in your mailbox and then later on, you may decide to become a cosmic coder VIP and learn all about the cosmic code secrets! If you are a supporter, do not wait because the reptilius are working overtime to destroy us and maintain fear and ignorance on earth!

Yet, obviously many readers simply can’t or refuse to assimilate and recognize a rare wisdom in my predictive gift and warnings as real. I said it before and will say it again, it seems earth residents are not smart, nor curious enough to really make a good use of a cosmic gift that really feels like a curse most the time.

I still want to warn you readers and remind you that; “The reptilius will concentrate more on technology, air accidents, cyber attacks, large earthquakes, tsunami, volcanoes eruption, tornadoes  and nukes news on September 3rd!  Thus, for quakes above 6.0; WAIT for  September 3rd because this eclipse  effect is still mounting and in motion until then! “

Posted August 20th 2017!  – 48 hours centering the dates is the maximum  effect, that will increase again on August  27th (terrorism) and September 3rd (natural disasters) This eclipse energy will take a  few days to be fully released)

Will the FBI pay attention to my warnings?

Do not assume yet. Make notes instead and be patient, because if nothing transpires during those deadly/shocking cosmic winds, I will stop offering my predictions to the public!

READ AGAIN! “You must pay  close attention to  my next  TWO  SOS to the world deadly windows dates. The first one is for August 27th where I see another really bad natural disaster or / and a bad terrorist act taking place.

As predicted Mayweather won the fight!  Memo posted before the fight! “Floyd Mayweather will hurt his opponent and long lasting negative effects will curse Conor McGregor…”

6.4 magnitude earthquake near Lorengau, Manus, Papua New Guinea –
WATCH FOR THE NEXT WINDOW  AND  ABOVE 6.0 EARTHQUAKES  – SEPTEMBER 3Rd 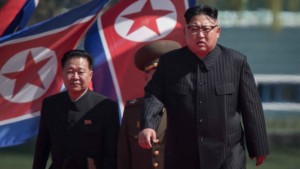 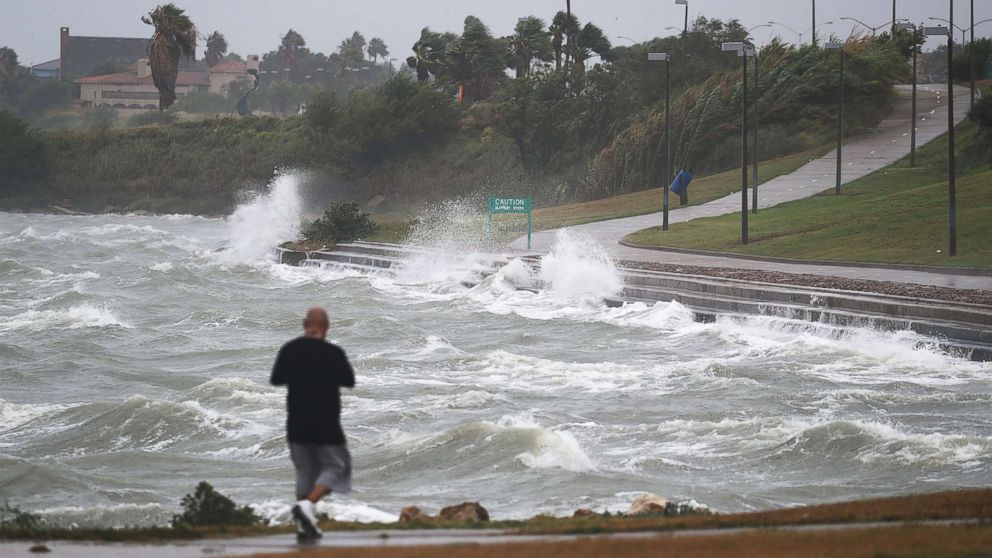 Texans get first look at damage left behind by the most powerful hurricane to hit US in a decade –  Nature and Man Made Wake up Call.

Good news  involving siblings, the law, foreigners and foreign lands, take a trip, master a language or a study on photography. The next full Moon  right on a SOS to the world deadly window  (below) promises to be very significant for foreign affairs, be ready of the Solar eclipse effect!

Regarding the earthquake in Italy. The magnitude was actually common for the area, but the impact was unfortunate, a combination of bad building stock and geologic amplification, however in regards of earthquake prediction a M4 in that region is negligible.

Our blind test was successful that not a single relevant prediction came true and that the eclipse did not trigger any major earthquake beyond the average daily activity (Italy was also out of the eclipse affected area).

Andreas Schäfer You are missing the forest for the tree Andreas! Be more objective… The test has proven to be irrefutable if you take the time to read ALL the predictions pertaining to the quatrain and key words used and all the collected “shocking” news. This include the 6.4 magnitude earthquake near Levuka, Eastern, Fiji August 18 2017 7:00 PM) Note I gave the exact date of August 20th a months ago which falls in the 24 hours period given (time zone)! The effects of an eclipse last weeks not a single day! Now check my next windows for terrorism August 27th my work is universal and do not stop at natural disasters! . The next window for large quakes is for September 3rd. You need to READ all the article content to grasp my windows methodology. Talk again after those date OK? Thanks for keeping the talk going, you need more time, be patient, you will get it!