If every 8 year old in the world is taught Astropsychology and meditation, we will eliminate ignorance and violence from the world within one generation.”  Read the future –  Watch the future! – Dalai Lama & Dr. Turi McCain: This is ‘unraveling of post-WII peace’

Knowing I am slowly removing myself from the public, I decided to offer my readers cosmic wisdom one last time; by offering the stars and fate of both America and Russia.  I am also taking serious chances by bringing  secrets about nations to the light but I also know, Russia and not America will benefit from my cosmic wisdom.

This is why after so many years trying to convince the US secret services, the scientific community and the American people to heed a modern prophet’s visions, its best that I let God cosmic will unfold upon all its children.

Being a prophet is a serious and difficult spiritual task because it expose the undiluted truth about people like David Icke, too many false prophets and the future of humanity which is something many would rather ignore. The main reason for me to show you the video above is  to pay serious attention to the words used by Sen. John McCain below…

“They are (Russians) ahead of us in many respect in this all issue of cyber warfare where America has no strategy and no policy!”

His comments enunciate the power of the stars making up Vladimir Putin’s  natal UCI, particularly his Dragon’s Head (luck/growth) in Aquarius (technology/nukes!) Putin Warns Americans To Be Careful Of Smart Technology.

And for years, in my radio and TV shows I warned people of the fact that; when you elect a President, you will also be blessed or cursed by his stars. The fact is Vladimir Putin Astrological chart endorse, promote and support all that is technology (and cyber warfare!)

While our well known friends have forgotten my gift and are part of the cyber conspiracy against my work and I! “Google, Facebook, LinkedIn, Satan’s Minions and Dr. Turi.”

Incidentally, our President Obama was born with the opposite Dragon’s Tail (negative/challenging)  in the sign of Aquarius (technology/nukes) and his Astrological chart brought America to its knees! Unlike Americans, Russians are curious, wild and open to everything, including metaphysics.

Russia is a Scorpio (power/secrets/KGB) country and its people regenerate with death and drama in the pursuit of total control of the body, mind and soul of all people who will fall under their jurisdiction.

Russia and Europe are old, mystical, spiritually inclined (not religious) and learned the hard way what religions is all about and the terrible wars humanity suffered in the process. America is learning this lesson today with ISIS! “Art Bell and Jesus | Dr. Turi M.D.U.S.“

Pluto Governs Russia and the Mighty Constellation of Scorpio

“The Eagle (save life) or the Lizard (take life)”

While America is a Cancer (apple pie/religions/safe) country, America is a baby nation made of courageous exiled  minds aiming for care, security for all and freedom of expressions.

The Moon Governs America the Nurturing and Caring Constellation Of Cancer

I am mother I nurture and provide
In my soul the physical and spiritual collide
I say, “ask and you shall receive.”
But also “as you sow, so shall you reap”
I am CANCER, child of the Moon.

Earlier in the same year, March 2014 I gave the same exact information about Obama and Putin stars in another article titled “ Predictions – Vladimir Puttin A Plea for WAR From Russia”

But like our students, unless you learn Astopsychology / Astroforensics, my gift will benefit Vladimir Putin; who has the stars to heed my visions his way.

Astrology is an Aquarius energy, involving all the secrets of the cosmos ridicule by a God fearing and/or atheist nation! or what America has become today!

Since living in the US for years, I was visited twice by the FBI because of my accurate terrorist predictions and foreign powers make good use of my work by infiltrating all our computers. America’s secret services should pay more attention to my warnings that could be used against our cyber warfare enemies.

But after a long, extenuating battle I was not able to pierce the deep, thick wall of a pious skeptical America and I never will! Especially without all the lack support of its citizens.

I am certain that; practicing my “weird” Aquarius astrological trade in Europe or Russia I would have more success because a Scorpio nation is a population made of natural born FBI/CIA/KGB agents able to explore metaphysics.  But still, my cosmic work can not make sense to those who lack the natal UCI to do so!

This doesn’t mean America is a nation made of all gullible, God fearing religious idiots! My duty has been to help this country, but you should share my message and warnings widely. FBI/CIA please wake up!

You can’t afford not to listen or ridicule to my cosmic wisdom anymore. for if you do, you will lose the war against Russia and China!

Note; I must point out that my work is not political in nature. It is spiritual and designed to  upgrade your cosmic awareness and warn you once more with those words.

” When you elect a politician, (Hitler/Putin/Obama/Trump) you WILL be forced, for good or for worse, to experience his stars and fate.”

Much like a  woman marrying a Neptunian who is prone to deception, addictions and religious poisoning, or a perfect target for ISIS!  “The psychology and neuroscience of terrorism by Dr. Turi.”

Scepter taken from “Will ISIS and/or Vladimir Putin Destroy America in the future? Predictions You Must Share!” published 8/30/2014.

Please read the following then let me elaborate more later on. Note the following is updated as my English improved drastically since 2014.

The NSA (and the Russians) read all my articles daily and I didn’t exaggerate anything when I warned the public about Obama and August 2016 being the tougher month of his presidency. Please refer to the link above for confirmation and note my stats point out to regular hits from Russia and China major cities.

Maybe they should take me seriously when I made another prediction about his “explosive/unusual death, because he is constantly dealing with his humanitarian Dragon’s Tail.”Obama is the most threatened President ever! | Dr. Turi M.D.U.S.“

President Obama and Putin are fated by their stars to suffer the same “shocking” end of life as did other souls born with such a dragon –  i.e. Princess Diana and Steve Irwin!  Note this dragon aim for the human heart and children…

President Obama was born to be a leader of the greatest nation on earth and he failed because he is cosmic unconscious…  He never asked me for a divine astrology reading The President wasn’t aware of the  pull of his negative Aquarius (humanitarianism) Dragon’s Tail. “President Obama, Asia, NSA the US Fate and Nukes …”

President Obama, like 99.9% of the world’s population, is cosmic unconscious and he didn’t stay clear from his Aquarius Dragon’s Tail pull and instead INVEST all on his protective, progressive  Dragon’s Head.

Putin is doing the OPPOSITE and follow his Aquarius (nukes/technology/cyber welfare) PROGRESSIVE Dragon’s Head by ordering the technological spying attacks. He has an army of highly paid professional hackers digging into every words written about him! Including this article!

Meantime there is no denying Putin negative, egocentric  Leo Dragon’s Tail stimulating his dangerous drive for power, his fear of decay, death and old age. Putin is offering his people the image of a strong leader playing with wild life and showing off his body and rough character. All unevolved, religious God fearing or atheist souls will deny the obviousness of my cosmic work! 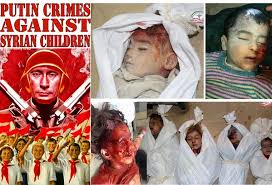 Putin’s Leo dragon tail is cursing life in all its forms and will be in the future responsible for millions of children young adults deaths… The reptilius own his body, mind and soul! Like Trump, he is another unconscious  victim, a robot of his stars and those nefarious entities using them against everyone.

You are secretly afraid of flying and enclosed places
You only dream about your personal wishes
You can’t make a commitment with anyone
You attract wrong friends and weird people
You are too independent or pursue too many lost causes.
You are afraid of success and responsibilities
You worry too much about what the world think of you
You are prone to die a violent shocking explosive death

Read about your dragon here and if you want to know more get the book!

Continued:  Published 8/30/2014 – “Be warned reader, Vladimir Puttin was born with a Dragon’s Tail (Negative) in Leo (ego) and fated to kill millions of children by the cosmic code jurisdictions manipulated by the reptilius. The Russian President is infected and like our own, and all others Presidents; he is cosmic unconscious! Any direct confrontation from other powers could mean his EGO  will take over and like Trump, make hasty judgement where many young men and women may experience and die in a future nuclear war.”

“I want to remind you that Russia is one of the most powerful nuclear nations,” the President said. “This is a reality, not just words.” Putin!

Once more, its time to pay attention; to avoid the visions you are ignoring and ridicule. But if you followed my predictive work, the future has always been on my side to confirm all my visions.

The reptilius are in charge of this world and all humans are; to any degree “infected” and those words will vex many God fearing souls and make the skeptics laugh uncontrollably!

To avoid those greedy, power oriented, egocentric infected dangerous men to act out the will of the reptilius and destroy the world with nukes,  you must offer humanity a chance to dictate its own future.

Share my scary visions and lead others to this video which will never be assimilated otherwise…  This is the first step to save the world of its impeding fate!

The benevolent Draconis “The Gardeners of this world” are with us. We are not alone in this cosmic battle, something a rational world can not realize or even accept just yet!

The survival of the human race is at risk because of the reptilius agenda so many ridicule when I know it to be true!

“Let who ignore my warnings and ridicule the Divine be cursed by the eternal rites of the cosmic code ceremonies for a cosmic God does not speak to fools…” Dr. Turi. “Predictions – Vladimir Puttin A Plea for WAR From Russia.”

The new 2017 Dragon will impose serious challenges and incredible rewards to us all where changes are impossible to escape. I can feel those progressive changes coming our way, and Terania and I can only hope you are well prepared to work in harmony with the cosmic flux forcing those changes upon your life! 2017 Nostradamus Personal and Universal Forecast.

Lastly only those who will ask for our cosmic wisdom will receive it in 2017… Join us today!

Since the dawn of time, the Creator has shown his truth to the humble, a truth that is hidden from the vain blinded by worldly pleasures, but which is written in the skies, which nightly speaks of the glory of God. Nostradamus.

“God created the stars and the heavens for more than the sake of beauty, he gave them to us for interpretation so you may live a safer more productive life.” Nostradamus“Millionaires do not use Astrology billionaires do.”  J.P. Morgan